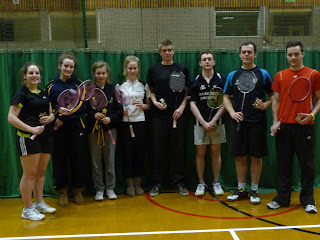 Cornwall County Badminton Association held their County U21 championships at Polkyth Leisure Centre on Sunday 30th December. There was a record entry of players and a fantastic display of very competitive and hard fought matches across all three disciplines – singles, level doubles & mixed doubles. The event was well supported by many players from the U15 & U17 squads of Cornwall Youth Badminton who showed both great talent and sportsmanship throughout the day.

There were some inspiring performances resulting in new champions emerging – these were from:

Hester Luke ( Mounts Bay BC) who beat Bronwen Wotton(First Edition BC) in the Ladies singles final. 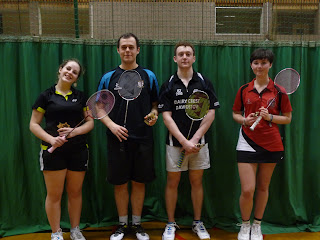 Ross Lashbrook in his final year as an U21 took an impressive brace of titles by retaining both the mens singles event by overcoming a very worthy runner up in Jake Brazwell (Newquay BC & Cornwall U17’s) and by holding for the 3rd consecutive year the Mixed Doubles title with his long term partner Bronwen Wotton.

A plate event was held for the First round losers and the results from this were as follows: