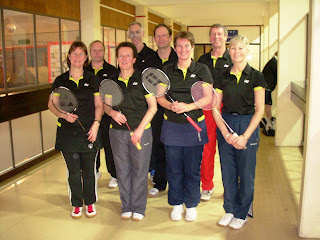 The Badminton England Masters County Challenge, this year played over 2 days at Andover, consists of county teams from the south and south west in different age groups competing against each other in mens, ladies and mixed doubles. The over 45 team came 5th in their group, beating Middlesex and Suffolk along the way, with some great performances particularly from the dynamic duo of Lynda Beer and Jan Santillo who only dropped one game all weekend. 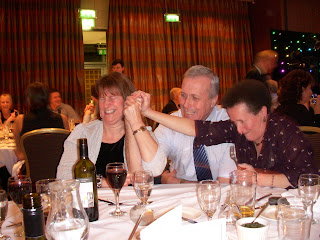 Another enjoyable vets weekend came to a close, after some mighty battles on the badminton court, and even better moves on the dance floor and in the hotel pool.
Posted by Cornwall Badminton at 20:10