The annual veterans tournament will be held at Polkyth Leisure Centre, St Austell on Sunday 6th January 2019 - 10.00am to 5.00 pm

will be held at Polkyth Leisure Centre, St Austell on Sunday 16th December 2018

Over 50 badminton players from all over Cornwall, Plymouth and north Devon, gathered at the 8 court Sir Ben Ainslie Sports Centre in Truro at the weekend to take part in Cornwall Badminton Association’s latest Bonanza. 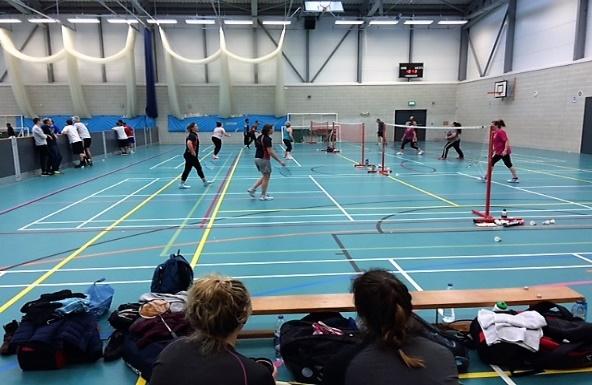 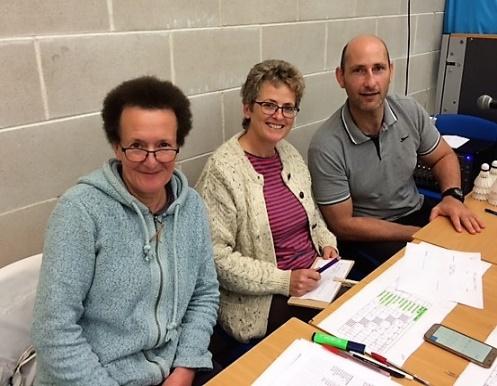 The idea of Badminton Bonanza tournaments is to give both social players and those who play league badminton a chance to try out and develop their skills against different players. The many regulars were joined this time by some very welcome new faces, some playing in a tournament for the first time, as the Bonanza goes from strength to strength, with any profits going towards developing badminton in Cornwall.

This year’s tournament at Truro was another great success, with some close fought battles in all the 5 different disciplines and a great day of badminton.

In the social events there were many tightly contested matches, with some new winners in the men’s and women’s events. The men’s doubles proved to be the final of the day and was won by Suwan Islam and Saidul Haque who just beat their St Austell colleagues Mansell Ahmed and Shab Uddin for the first time. In the mixed doubles, Martin Penney and his partner Dee Frost triumphed after beating their fellow Choughs players Steve Knuckey and Deborah Peters. The men’s singles final saw playing partners Dan Woodcock and Alan Spencer from St Ives battle through fatigue at the end of a long day, with Dan winning the title for the first time. 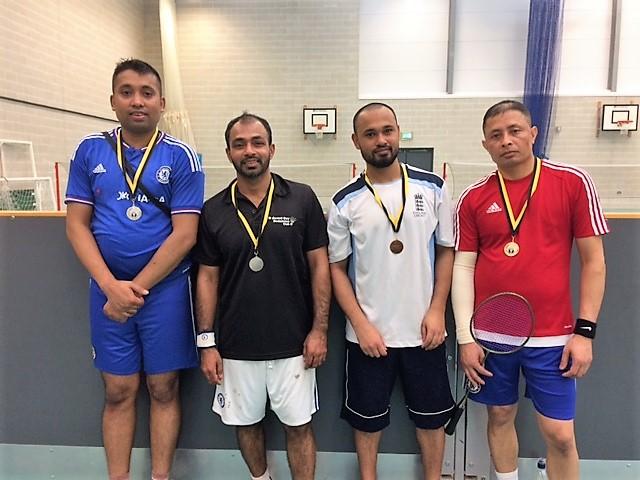 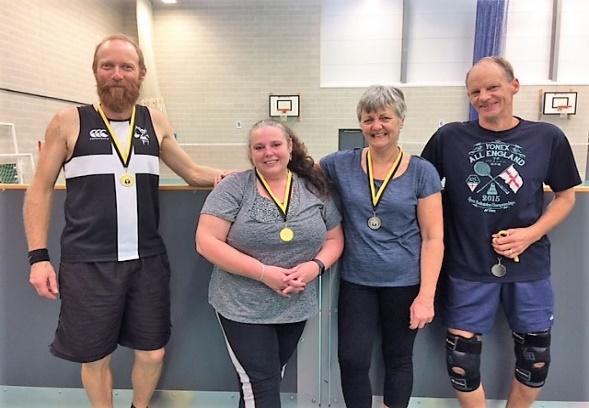 For the combined women’s doubles, the Devon pair of Michelle Wylde and Karen Parish won the title after just outpointing East Cornwall’s Emma Ziajka and her partner Rachael Williams, with Dee Frost and Deborah Peters of Camborne once again winning the social doubles medals. 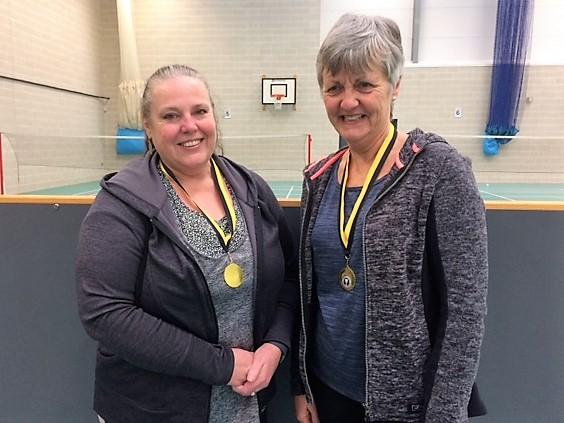 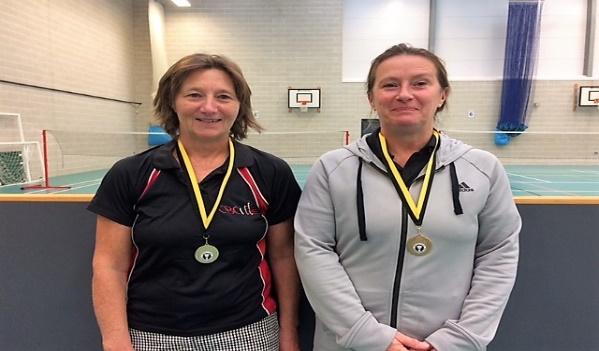 The league events also had some hard fought, skilful badminton, and in the men’s singles once again the current champion from St Ives, Tony Wong showed his fitness and skill in just outlasting Pool’s Gary Braunton to keep hold of his title. There was another tight final for the men’s doubles with Ben Hamill and Matthew Harvey from Chulmleigh taking on St Ives’s Tony Wong and Luke Jannaway, with the Devon pair running out deserved winners in two ends. The mixed doubles this year was again won by the Devon partnership of Ben Hamill and Michelle Wylde who pipped runners up from Plymouth Ryan Lambourne and Waine Parker to the top spot, to complete an excellent day’s badminton. 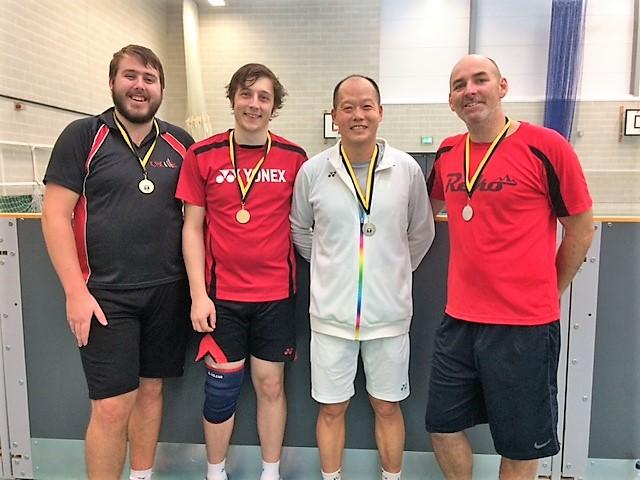 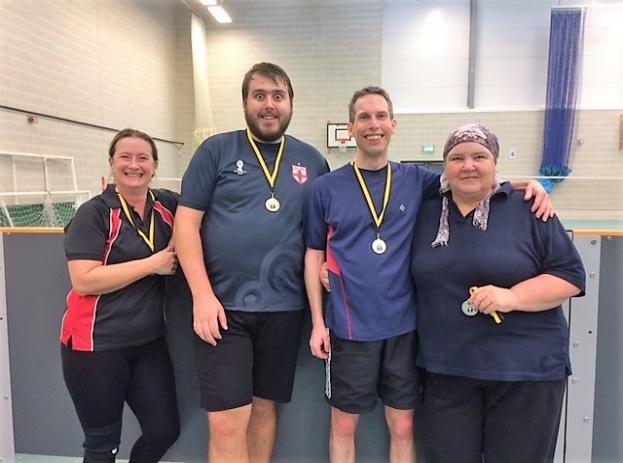 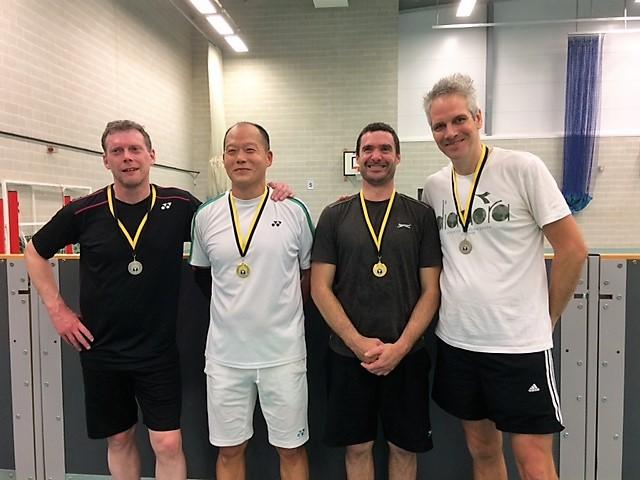 League and social singles winners and runners up

Posted by Cornwall Badminton at 08:34

The best players in Cornwall made their way to Bristol recently to start the new season of inter-county matches, in Badminton England's Senior County Championships. The team were anticipating a challenging day as this was the first set of games since their promotion last year, and so it proved.

First up were the talented Wiltshire team, and Cornwall's singles players struggled to gain a hold, despite a battling three ends from Liam Sillifant, and Kellen Moore's close contest in the women's singles. In the top singles, Tyler Sillifant and Cara Collins were up against two strong opponents playing consistent, skilful badminton who took both their games in two ends.

Being 5-0 down, it was always going to be a struggle in the doubles, although James Whetter, and Sean Havis making his very creditable debut, pushed the Wilts pair very hard and were unlucky to just lose in the third end.

Cara Collins and Amy Cox also went close in the women's, in a match that could easily have gone either way, followed by a tight game involving new pairing Bronwen Wotton and Amy Polglase, who were unlucky not to take the second end in an exciting battle.

Despite being well down, the Cornish team showed great fighting spirit in the mixed, although Tom Lyle and Bronwen couldn't match the power and guile of their opponents, in the last game Sean and Amy Cox did everything they could to just win the first end, be extremely unlucky to narrowly lose the second, then go down with heads held high in the last.
A heavy defeat to start the day, with another tough match versus Gloucestershire to follow.

In the singles, again Tyler and James lost out to strong players, but Liam had an excellent win in the number two slot, to finally get a Cornish score on the board. Kellen followed suit and also won her singles comfortably, but Cara was playing a very experienced ex England player, and despite winning the first end, was unlucky to lose in three.

The men's doubles both went Glocs' way despite both going to three ends and again James and Sean went close. Cara and Amy Cox had a thrilling battle in two nerve biting ends but just lost out, although Bronwen and Amy Polglase restored Cornish honour with a great victory in yet another tight game that went the distance.

In the mixed doubles, Tom and Bronwen lost out to a powerful pair, and in the last match of the day Sean and Amy Cox looked good in taking the second mixed in two exciting ends to give the overall score 7-4 to Gloucestershire.

A long, gruelling day's badminton, but the team played everything in great spirit and the number of close games means that they can look forward to the next matches optimistically. 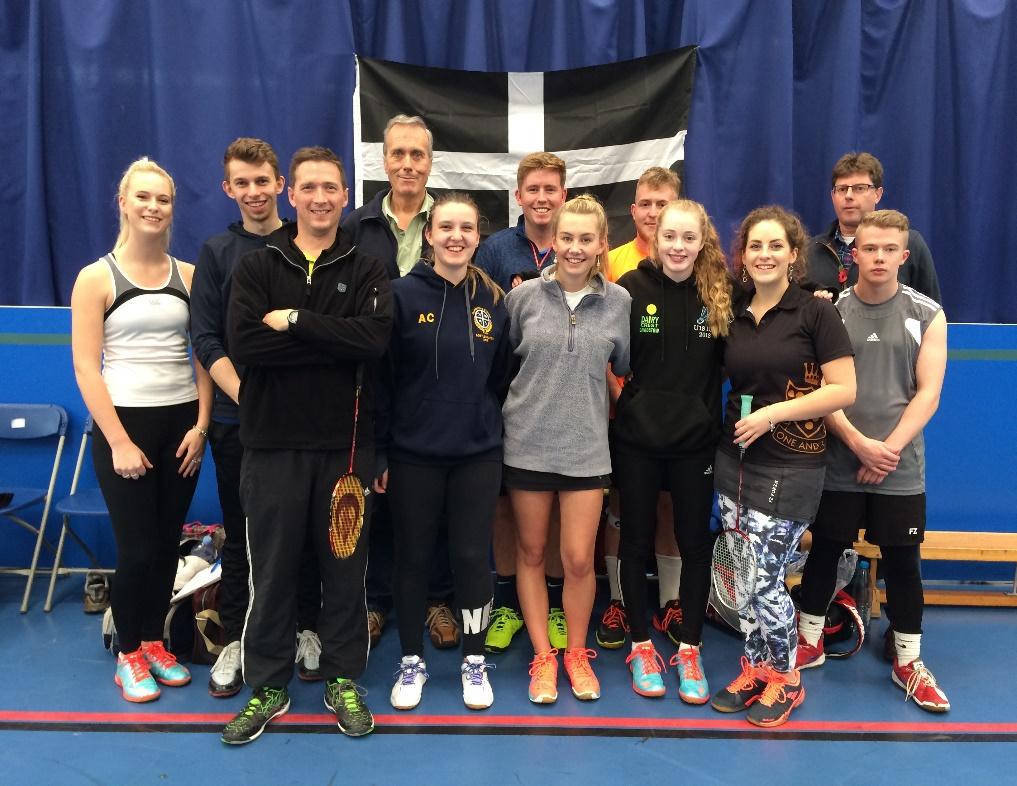