Over 25 young players from all over Cornwall played in this year’s Championships at Carn Brea Leisure Centre at the weekend, showcasing the talent that exists in Cornish badminton.
The women’s singles came down to the top two seeds, Cara Collins from Liskeard and Truro’s Mollie Bailey battling the final game, which was a tight affair as Mollie fought back to push young international Cara hard in the last end, before Cara’s consistency won the day. 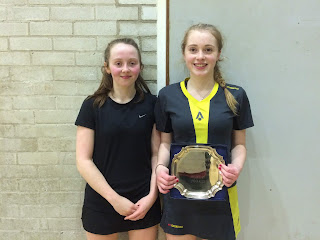 In the men’s singles semi-finals, top seed Launceston’s Tyler Sillifant defeated younger brother Luke, and Harry Dyer from Truro beat St Austell’s Misha Higgerson to reach the final as predicted. Despite Harry pushing Tyler hard in the first end, it was the more experienced and steady play of Tyler who triumphed in two ends to retain his title for the last time in this age group. 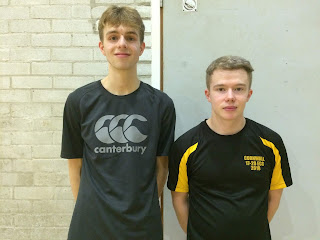 The women’s doubles again came down to a play-off of the top two seeds, Cara and her partner Melissa Lin from Truro against the Bailey sisters, Mollie and Beckie. This was one of the best games of the day, played across two exciting ends of skilful badminton, with the results going the way of the second seeds, Mollie and Beckie, who pulled off a famous victory after several years of trying. 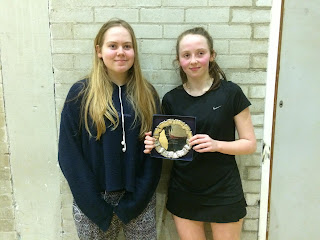 In the men’s doubles final, group winners and top seeds Elliot and Harry Dyer were up against Tyler and his partner from Pool, Alex Beaumont, a new pairing who found it tough going against the more established pair, and the Dyers ran out winners in two ends.
For the last contest of a long day the players drew on all their fitness and strength, and played the mixed doubles event, with the final being between experienced partners, Harry and Cara against Tyler and Mollie who had had an excellent and hard fought victory against the seeded Elliot and Melissa in the semifinal. 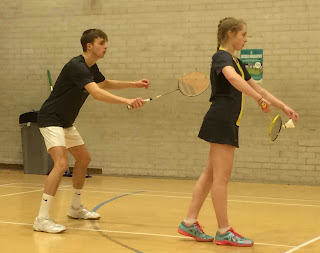 Harry and Cara in action 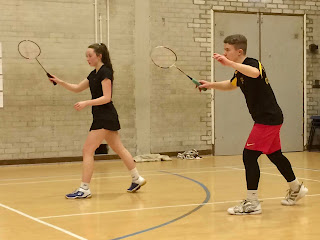 The final went the distance, with Harry and Cara storming the first end before Tyler and Mollie edged the second, then found it too hard to resist the eventual champions Harry and Cara, to end a successful day’s badminton. 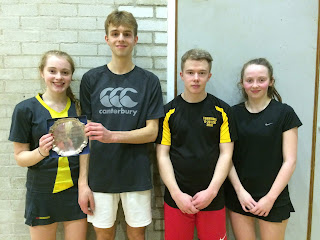 The annual CCBA U21 tournament will be held at Carn Brea Leisure Centre on Sunday 22nd December.