CORNWALL U17 BADMINTON YOUNG STARS SHINE ON THE NATIONAL STAGE 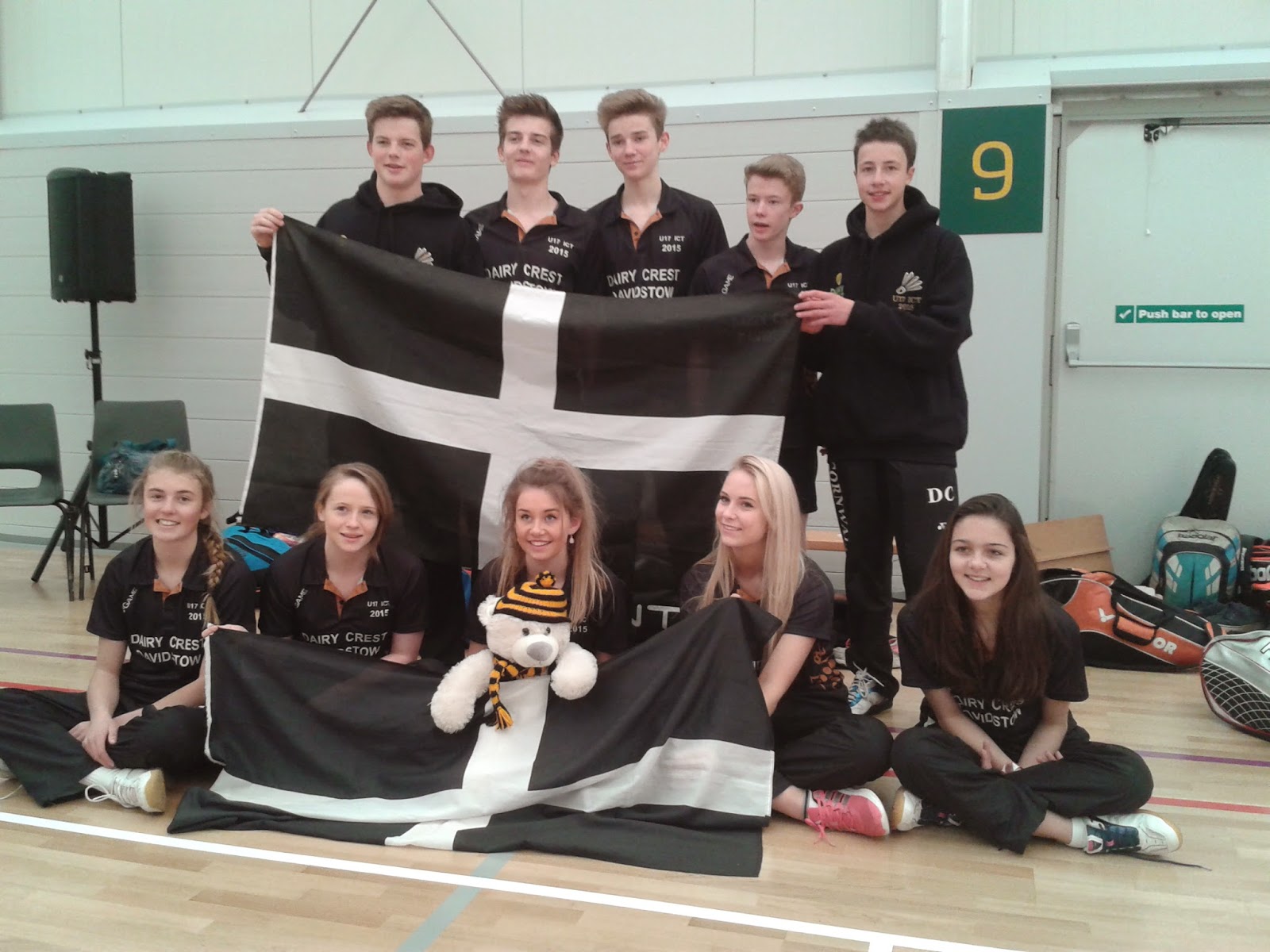 Cornwall U17 Badminton Team took to the National stage at Nottingham University between the 8-12 April competing for their 9th consecutive year against 35 counties from across England and Ireland at the 50th Nationally acclaimed “Inter Counties Tournament”.
Cornwall were targeting a fifth successive climb up through the final standings table, 26th position being their best ever in 2014 and 2013.
Unseeded in their opening group Cornwall had to compete against Lancashire, Nottinghamshire and Bedfordshire. The team simply rose to the challenge after 6 months preparation and achieved outstanding wins against Nottinghamshire and Bedfordshire.  The score lines of 6- 4 in each match moved the Duchy into the top half of the competition for the first time in Cornwall Badminton history.
Subsequent matches against further highly ranked teams from Berkshire who came 2nd on the final day, Sussex, Dorset, Herefordshire, Staffordshire and Essex resulted in a final position of 16th in the Country. This far exceeds anything Cornwall Youth Badminton U17s have ever achieved in a total of 20 attempts over the competitions 50 year history.
All the opposition had National Gold standard players within their ranks. Berkshire, Sussex, Lancashire and Dorset contained at least 2 England Internationals, Sussex and Berkshire having the National U17 and 15 Singles, Doubles and Mixed champions in boys and girls.
The team remained after their last nail biting match on Sunday morning against Essex to enjoy the final. The team later travelled back arriving in the early hours of Monday morning as the proud owners of the “Best Ever Cornish Inter Counties Tournament” title.
Many thanks to our main financial sponsors “Dairy Crest Davidstow”.

The Annual awards night this year will be held on Saturday 16th May 2015 at the Visitor Centre, St Austell Brewery 7:30pm.

For full details click here, or see the poster download to the right.
Posted by Cornwall Badminton at 19:07