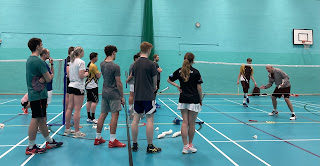 With some fancy footwork drills - 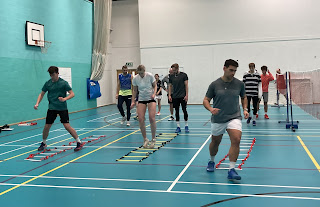 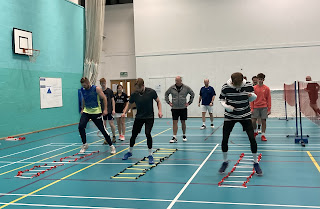 Cornwall’s best badminton players had their first match of the delayed season at the weekend, in Badminton England’s Senior County Championships. Playing in Bath University’s sports training village against a strong Worcestershire team, several young players were making their debuts in the top team. 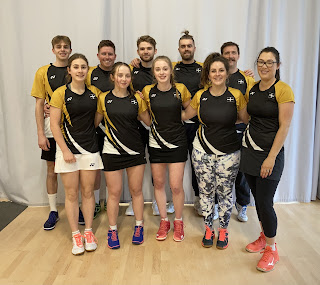 Top team in new shirts!
In the men’s singles, both Harry and Jack Dyer had tough matches against talented opponents, but Milo Semonin battled hard to win in three ends.
Another fine win for Cornwall came from international Cara Collins after three exciting ends, but it was a narrow loss for debutant Joanna Vyvyan despite a heroic effort.
Against the strong Worcs men, the doubles proved too hard for both Cornish pairs, which were new partnerships of Tom Lyle and Milo plus Jack and James Whetter. It was the same in the women’s doubles, as Cara and Mollie Bailey lost in two hard-fought ends, but Cornwall picked up a point after Worcestershire conceded the other doubles due to injury. 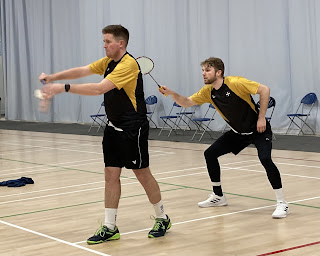 Tom and Milo in action
The final two mixed games also went the opposition’s way, despite Tom and Bronwen Wotton coming close, and in the last game James and Jo Spooner, who was making a welcome competitive return, gave it their all. 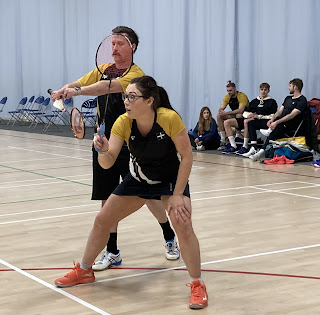