Truro and Penwith College Badminton Team took to the road in early September 2013 on their quest to become National Champions of the British College Sport National Cup. After 6 months of travelling the length and breadth of the country , travelling several thousands of miles competing against teams with nationally ranked top 20 players on occasions the team finally arrived at their ultimate destiny. 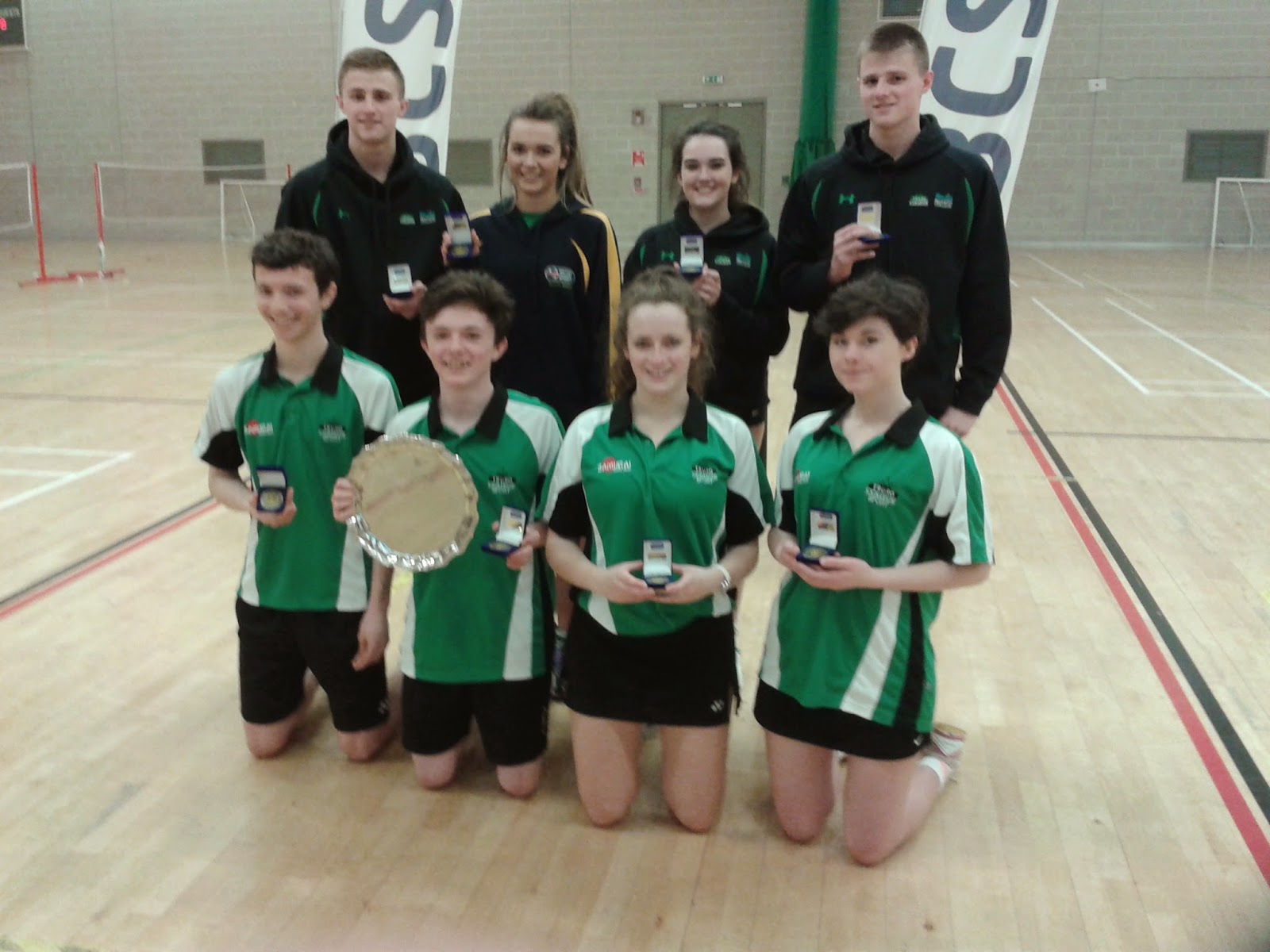 With the final taking place at the Doug Ellis Sports Centre at Birmingham City University on Wednesday 2nd, the College were up against a highly fancied Bilborough College from the East Midlands. Bilborough having a strong depth of talent with 4 highly ranked nationally graded players in their ranks.

Truro and Penwith players have grown up as a team from an early age through the ranks of Cornwall Youth Badminton and now in the Senior County set up. These years maturing as a “team” were to stand the players in good stead as the final unfolded over 2 ½ hours of fantastic badminton.

Undeterred the players accepted their team positions and went out to challenge for the title.

The singles went 3-1 to Bilborough. The game of the day and what turned out to be the pivotal game was an awe inspiring titanic battle at no.1 Singles with Jake Brazewell as Captain leading by example and simply refusing to buckle under intense attacking play and outstanding racket skills from his opponent.

Jake clawed his way back into the game by taking the second end 21-15. The 3rd at times was “unwatchable” Jakes net play and cross court slices hitting the spot time after time in long long rallies. His opponent could not keep up the physical intensity and after 45 minutes Jake took the game 21-12.

The team took confidence from this and Truro's no.1 girls Hester Luke and Beth Wotton both of senior county experience took a fast moving arduous game 21-8 21-16. Tamzin Knuckey and Jess Black worked tirelessly at no.2 but fell short 21-11 21-14.

In the doubles two matches of the highest calibre unfolded with Jake and his Senior County team mate Chris Cooper at no.1 taking a nail biting game 21-18 21-18. Great work by both players Chris using his jump smash and Jakes astute net play being the determining factors. The “Bick” team of twins William and Matthew were also up against top opposition. The Boys coming through 21-11 21-12 with power play and great touch shots off the opponents smash.

The game was tied at 4-4 in matches going into the mixed doubles.On came two very experienced county pairings with Chris and Beth dominating their opponents at no.1 , winning 21-8 21-14.

William and Hester again took an early initiative in their game at no.2 winning with clinical net play by Hester and great spacial awareness by William.

At 1.15pm the match was over with an exhausted team taking the title 6 games to 4, a simply outstanding achievement, being the result of a long hard season and a willingness by all players to compete as a “team”.

It was left to the players to collect their medals and Jake to take the Silver Trophy which was last won by Truro College in 2010.

Route to the Final ;