Mixed doubles couples from all over Cornwall played in this year’s Newquay Cup at Treviglas Sports Hub at the weekend with some exciting action across a wide age range. 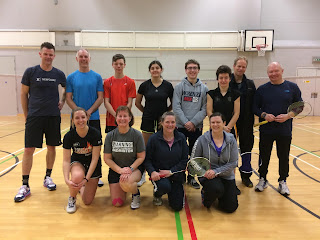 Players from Liskeard, St Austell, Newquay, Pool and Camborne took part in some close games, with some games featuring rivals from their own clubs to add to the tension. 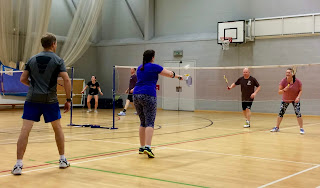 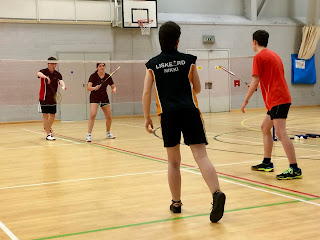 The game that decided this year's winners was the final one of the afternoon, between defending champions Pete Bazin of St Austell and his partner Lorna Riggs of Newquay and Truro, against Newquay's Paul Tooley and Jen Pugh. This proved a tense and exciting game, as Pete and Lorna edged a tight first end and then, early in the second, Pete was injured going for a backhand shot, but managed to continue and they held on to once again win the Cup by just 5 points. 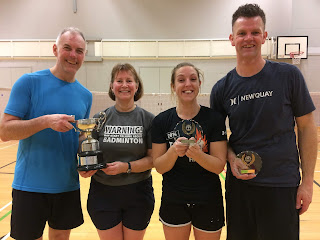 Winners Pete and Lorna with runners-up Jen and Paul