The final weekend of matches in Badminton England’s Senior County Championships took place in Bristol with Cornwall’s top team missing 3 regulars and up against it, but, as ever, facing the challenge with a positive team spirit and a smile on their faces. 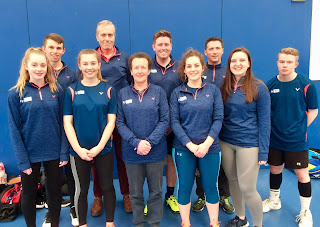 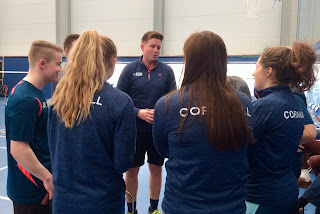 First up were a strong Avon team and it proved tough going for all the singles players, with substitutes stepping up to compete alongside more the more experienced players.
Honour was restored in the men’s doubles when Seán Havis and Tom Lyle’s blend of speedy attack and clever defence took the higher ranked Avon pair by surprise and they pulled off an excellent victory in two ends. The scratch pairing of James Whetter and Tyler Sillifant, playing together for the first time, had a difficult match, and, like Amy Cox and Cara Collins in the women’s doubles, lost out to skilful opponents. 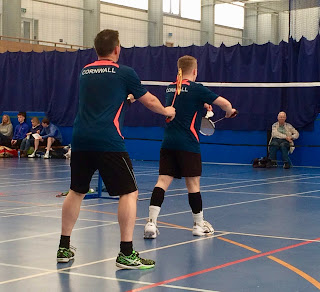 James and Tyler in action 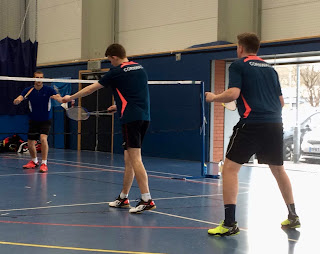 Bronwen Wotton and Amy Polglase did really well to push the other women’s pair all the way to three ends, but finally ran out of points, followed by both mixed doubles games going Avon’s way to complete a hard first match. 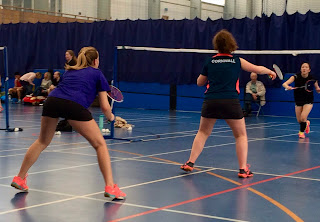 Amy P and Bronwen battle on

In the afternoon Cornwall took on Worcestershire, and again the first two men’s singles players, Tyler and James, had difficult games against their talented opponents, followed by Tom Lyle rising to the challenge of singles, outside of his normal doubles comfort zone. As ever, Tom gave it his all, and shocked the Avon man by winning in two ends, showing fighting spirit and determination to chalk up a win for the team.
The two Cornish singles girls took inspiration from this, Cara and Amy Polglase both winning in two ends, although both went to setting in their final ends, and it took a huge effort on their parts not to lose an end and have to face a third decider. Amy in particular digging very deep as she does not normally play singles. 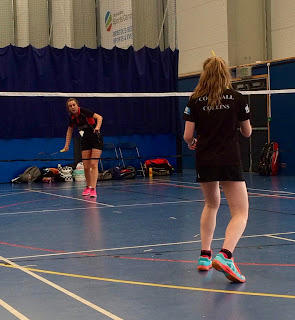 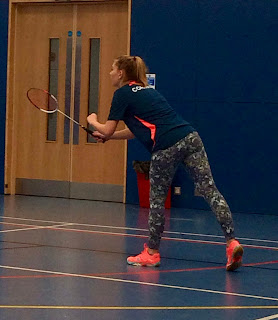 Both sets of men’s doubles and the first women’s doubles then went Worcestershire’s way, although James and Tyler did well to win an end off their powerful opponents,and so it was then Bronwen and Amy P’s turn to perform the heroics and win in three close fought ends.
Cornwall needed to win both mixed games to secure the match, but this was a step too far after a long tiring day, and with injuries beginning to take their toll, Worcestershire won both to make the match
score 7-4 in their favour. 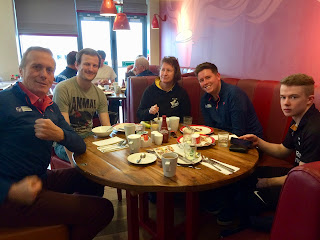 Day two arrived with the Cornish players refreshed, and now up against the next Avon team.Tyler got the team off to a flying start with a stunning victory in three ends at first singles, outplaying his opponent with lightening speed and attack around the whole court. Unfortunately, James had to concede his singles in the final end due to injury, although it looked like he was set for a victory before calamity struck, and this meant Cornwall having to concede one men’s doubles too.
Tom and Amy Polglase could not repeat their singles wins this time, despite Amy going to three, but Cara once again demonstrated her resilience and skill to win her singles, completing the third end in style against a much older opposition. 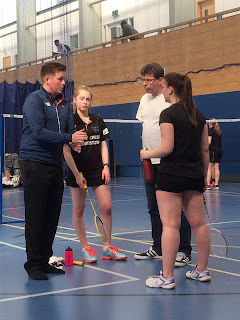 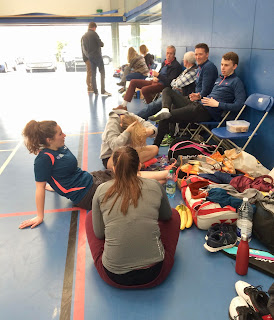 Tactics 2
Sean and Tom took no prisoners in their men’s, sweeping away the Avon pair with no mercy in two ends of excellent doubles. Both women’s doubles were so close and both could have gone either way, as Cara and Amy Cox were very unlucky to lose in three, measured by Bronwen and Amy Polglase battling back to win theirs after also going the distance.
Once again, Cornwall needed to win both mixed for the match, and Tom and Bronwen duly obliged with a fine win at second mixed, leaving Sean and Amy Cox to play a strong Avon pair at first mixed.
They pulled back after losing the first end and went to a third see-sawing final end with the Cornish team and supporters roaring them on, but agonisingly just lost out as the Avon pair went on a winning run to secure the final points, despite yet another heroic attempt from Sean and Amy. 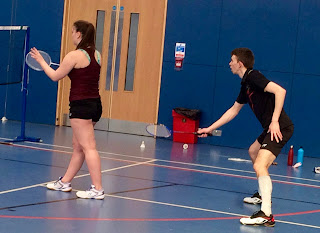 Despite the results, the team can be hugely proud of their efforts and never say die attitude, and look forward to the next season with pride.
Posted by Sue Biscoe at 12:21