64 badminton players from all over Cornwall, Plymouth and mid Devon, gathered at the 8 court Sir Ben Ainslie Sports Centre in Truro at the weekend to take part in Cornwall Badminton Association’s latest Bonanza.

The idea of Badminton Bonanza tournaments is to give both social players and those who play league badminton a chance to try out and develop their skills against different players. The many regulars were joined this time by some very welcome new faces, some playing in a tournament for the first time, as the Bonanza goes from strength to strength, with any profits going towards developing badminton in Cornwall.
This year’s tournament at Truro was another great success, with some close fought battles in all the 5 different disciplines and a great day of badminton.
In the social events there were some closely contested matches, with St Austell’s Sanaa Roff winning a hat trick of titles, as the only woman singles player, then teaming up with fellow St Austell players Joanna Southey in the women’s doubles, and visiting Malaysian Qing Da Soon to win the mixed with runners up Martin Penney and Marnie Boston from Redruth. The men’s singles final was won by Luke Jannaway from Penzance, who beat Redruth’s Russell Tucker, and in the men’s doubles an all St Austell match saw Ashley Southey and Mohammed Dulal prove too strong for David Head and Chris McCarthy. 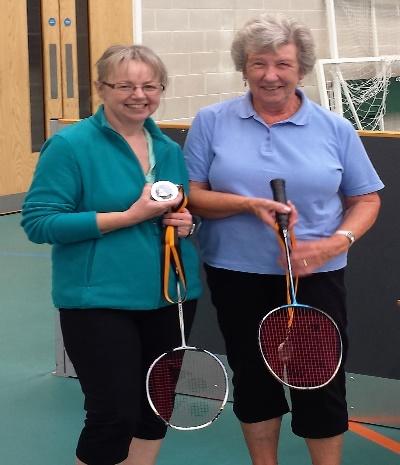 Runners up in the social women’s doubles, Pam Martindale and Joan Bontoft. 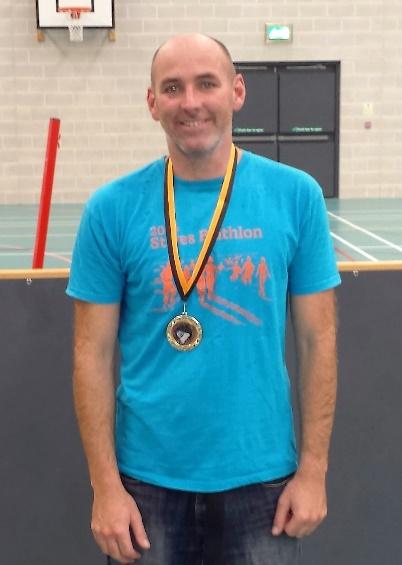 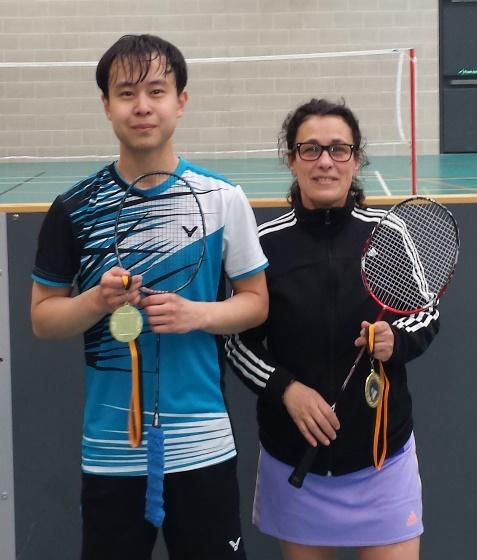 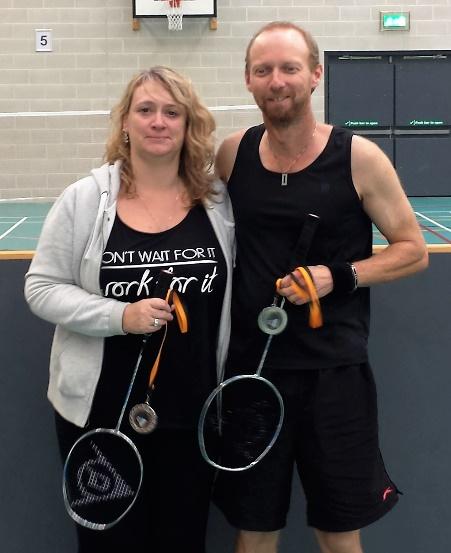 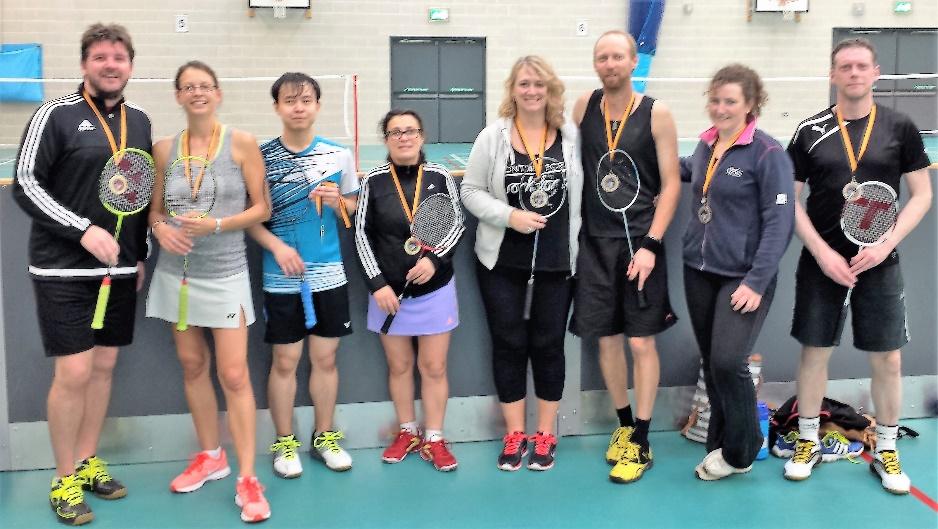 Left to right, Stuart Larter, Kay Bossenger, Qing Da Soon, Sanaa Roff, Marnie Boston, Martin Penney, Debbie Blight, Gary Braunton
In the league events, the final of the day was the men’s singles, which was an exciting, tense affair between last year’s winner Tony Wong from St Ives, and the young, skilful Qing Da Soon. After some breath-taking rallies Tony finally emerged triumphant with a very close score of 21-19. The men’s doubles had seen two very close semi-finals but in the final the pair from Pool, Gary Braunton and Stuart Larter were just too quick and powerful for Plymouth’s John Zarb and Ryan Lambourne. The mixed doubles final had the partnership playing against each other, with Gary pairing up with Debbie Blight, and Stuart with Kay Bossenger in an all Tecans club match, with the skill of Stuart and Kay winning in the end. 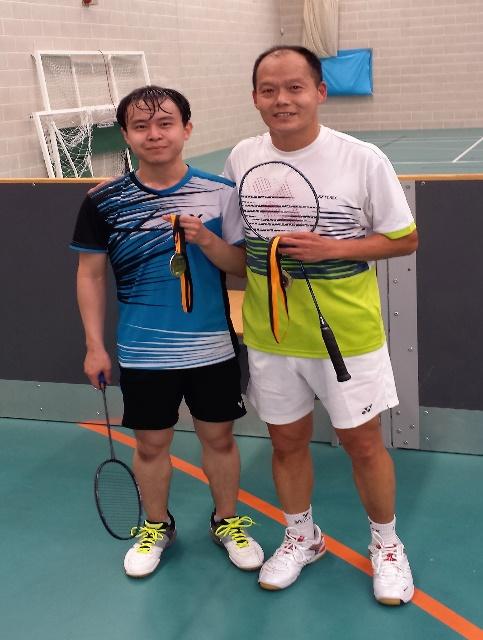 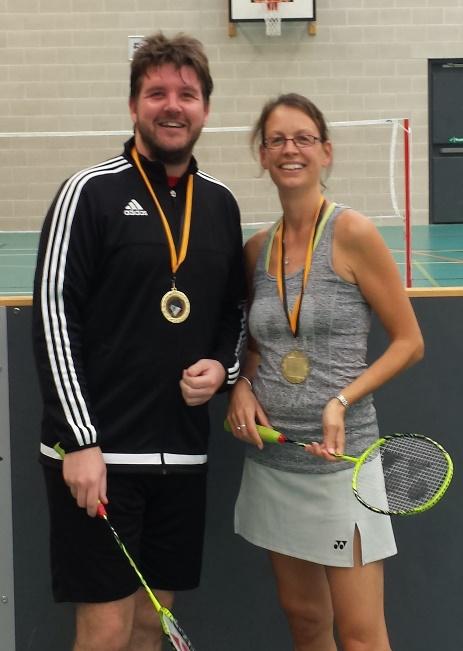 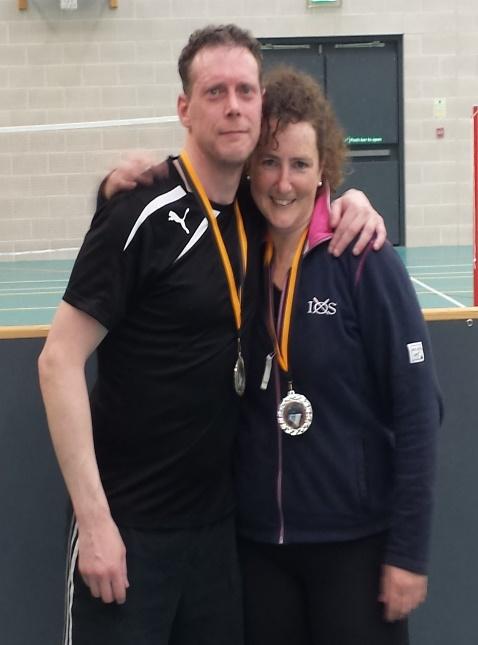 Posted by Cornwall Badminton at 20:32