Both teams from Cornwall had a fantastic start to the season in the first round of matches in the inter-counties championships at the weekend.
The 1st team, playing in Bristol, were up against Gloucestershire and West Glamorgan, with players coming from all over Cornwall, joined by exiles from Bristol and Birmingham.
In the first match of the day, the men’s singles got off to a great beginning with fine wins for county champion Tyler Sillifant as well as Milo Semonin, although James Whetter lost his game in 3 ends to a fast young opponent. The women’s singles were split, with one win for Gloucestershire and one for Cornwall’s Amy Polglase.
Milo in action below. 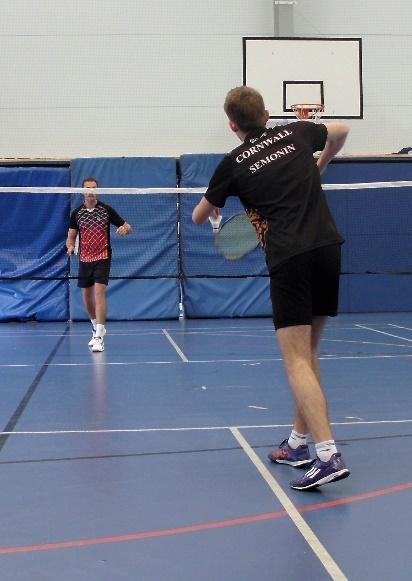 Both men’s doubles pairs struggled against strong opponents, Ross Lashbrook and Richard Townsend plus Guy Michell and James losing in two ends, as did Jo Philp and Bronwen Wotton in the women’s doubles. Honour was restored by Amy and Emily James winning their doubles in a tight three ender, to make the match poised at 5-4 to Gloucestershire going into the mixed.
Cornwall needed both mixed games to take the match, and sure enough both pairs obliged, Ross and Jo comfortably beat an experienced pair, with Jo showing sublime touches at the net and dominant serving, Guy and Bronwen finished the match in style, never looking troubled, to give the jubilant team and supporters their first victory of the season at 6 games to 5.
Players and spectators in Bristol.

The next match followed in the afternoon against fellow Celts West Glamorgan, and once again the Cornish boys were victorious in the singles, taking all 3 games in two ends. The girls were up against two strong players and both lost fairly comfortably.
From then on in, the Cornwall players didn’t look back, and stormed to wins in all the men’s and women’s doubles, leaving the two mixed partners to clean up at the end, and take the match 9-2 and finish an excellent day’s badminton and a winning start to the season. 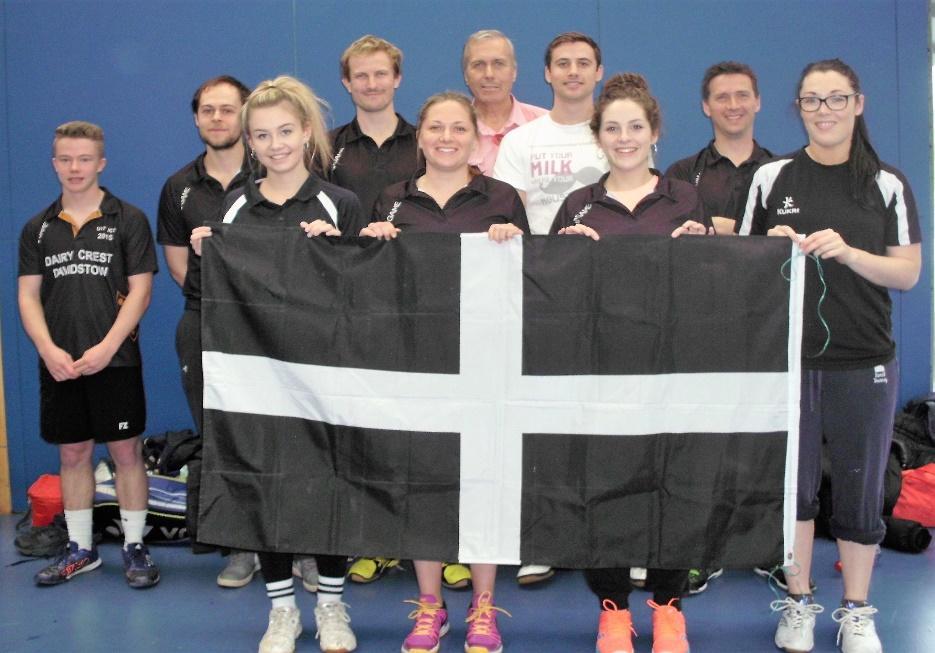 Cornwall’s 2nd team had taken the long trip to Bournemouth for their first matches of the season, and also had a storming start- beating Dorset and Wiltshire along the way.
Their first match against Dorset, saw them win 4 out of 5 singles, all the men’s doubles and one women’s, and both mixed doubles to give a comfortable 9-2 victory.
The second game was much closer against Wiltshire with the team losing 4 out of 5 singles, then winning all the doubles to make it 5-4 going into the mixed and needing only one more game for victory. Losing the first mixed game meant that it was all on Tom Lyle and Vicki Thomas, and they duly won in 2 ends to give the team a memorable victory and a clean sweep for Cornwall.
2nd team – Sam Spencer, Tom Lyle, Jack Dyer, Tony Clark, Curnow Bascombe, Sean Havis, Amelia Burrell, Vicki Thomas, Amy Cox, Isabel Victoria-Martinez.
Both teams play their next round of matches in January, with training sessions in-between plus the under 21 Cornwall Championships on December 18th at Polkyth Leisure Centre – spectators welcome.

Posted by Cornwall Badminton at 19:40