Cornwall’s top stars made their way to Polkyth Leisure Centre at the weekend for two days of quality badminton in the annual County Championships. 51 players from all across Cornwall, including 20 under 18 year olds, took part to find this year’s champions in singles and doubles. It was very much a family affair in some events, with the three Sillifant brothers from Launceston and Truro’s three Dyer brothers plus the two Bailey sisters taking part, alongside some other very promising juniors from Cornwall Youth Badminton on show taking on the established competitors.

In the men’s singles three of the top four seeds made it through to the semi-finals, although Chris Glasson narrowly lost to Sam Spencer in a tight quarter final. Tyler Sillifant, the defending champion, cruised through to the final, to once again meet his older brother Liam in a repeat of last year’s match. Liam had had a harder passage, with two closely fought previous rounds to narrowly beat Ross Lashbrook and James Whetter. The final was once again a thrilling match with no quarter given, but in the end Tyler’s speed around the court and consistency won through in two close ends, and he retained his crown. 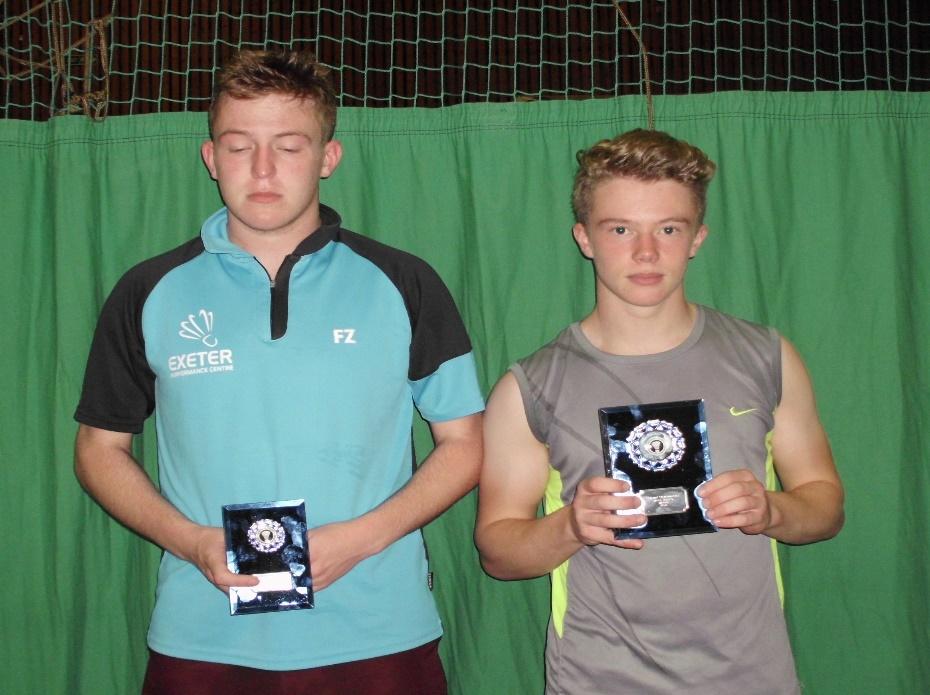 The women’s’ singles were dominated by exciting young players, with over half of the entrants under 16. Top seed Johanna Philp from Port Isaac was beaten in the semis by Falmouth’s Emily James, and in the other half of the draw, number two seed, 15-year-old Amelia Burrell from Camborne lost to 13-year-old Cara Collins from Liskeard in an epic battle. Cara then lost her semi-final to 15-year-old Ellie Reed from the same town, for Ellie to reach the final for the first time. The last match was a close, tense affair which went the distance with three tight ends of attacking power and speed around the court, eventually won by the more experienced Emily James for the third time in her badminton career. 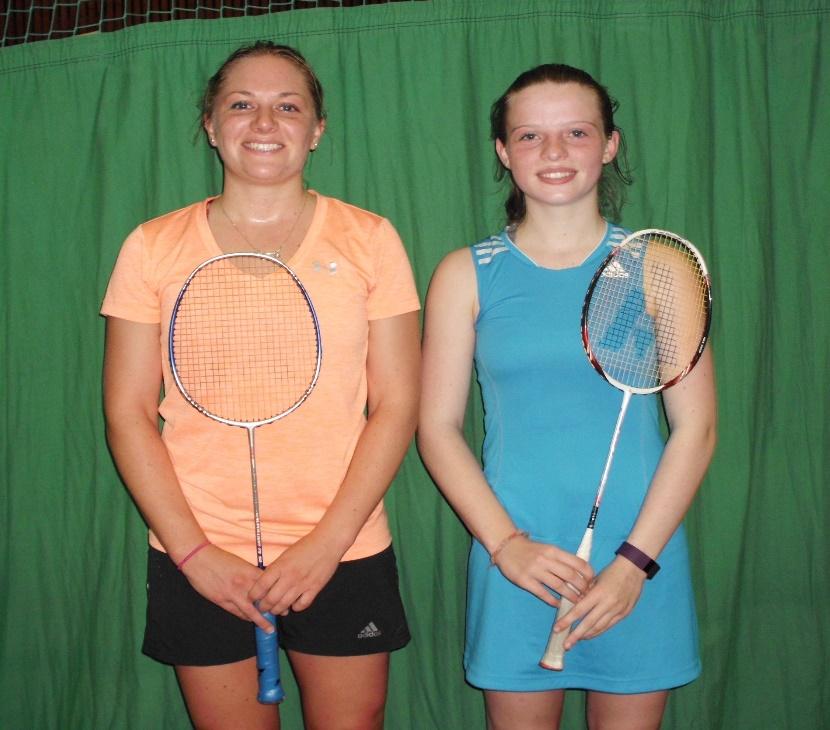 On the left women’s singles champion Emily James, with runner up Ellie Reed
Saturday’s final event was the women’s doubles, contested by 8 pairs, and again the top two seeds made it through to the final relatively comfortably. Johanna and Amelia were paired against Camborne’s Kellen Moore and Amy Polglase, and Jo and Amelia’s power and precision comfortably won in two ends to take  the title this year. 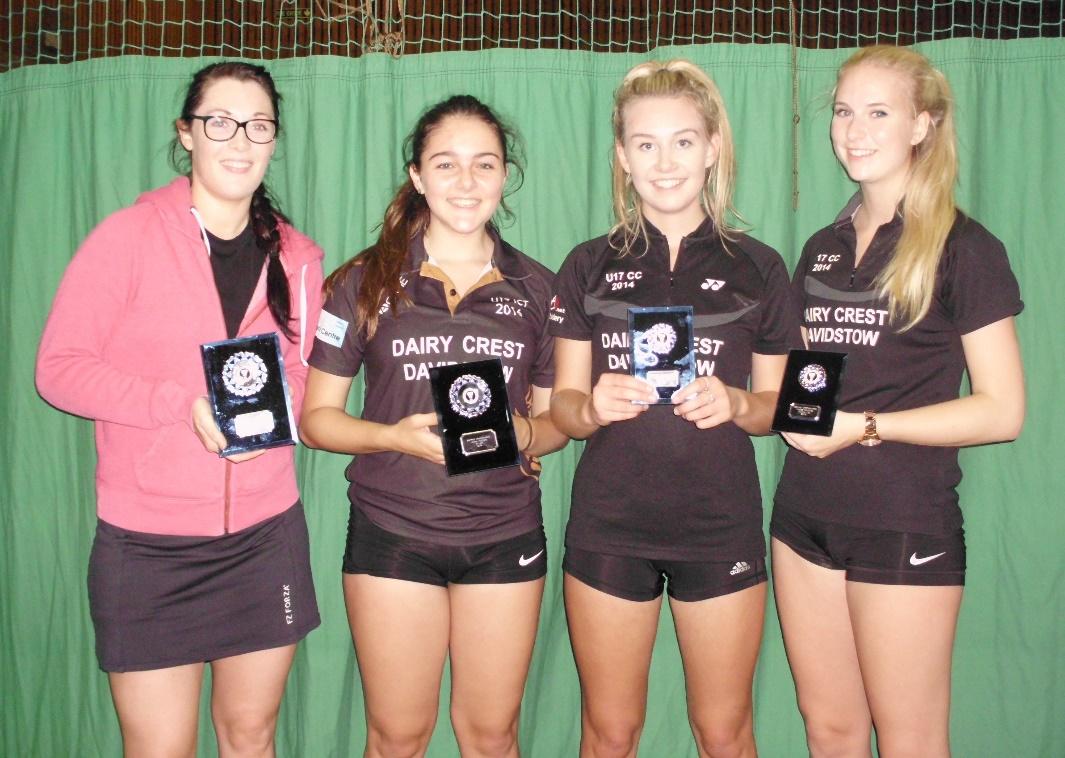 The next day the players once again filled the hall, and gave the large watching crowd more excellent badminton thrills and spills in the men’s and mixed doubles competitions.
A big entry of 17 pairs in the mixed saw the top four seeds progress to the semi-finals, with a new pairing of Ross Lashbrook and Isabel Victoria Martinez doing well, particularly in the quarter finals against Sam Spencer and Amelia Burrell. They then had a well fought three ender against number two seeds Guy Michell of St Austell and Vicki Thomas from Penzance and came out winners to reach the final, against top seeds James Whetter and Jo Philp. James and Jo’s accuracy and tight net play saw them take the title in two ends against the battling Ross and Isabel, to once again be crowned champions. 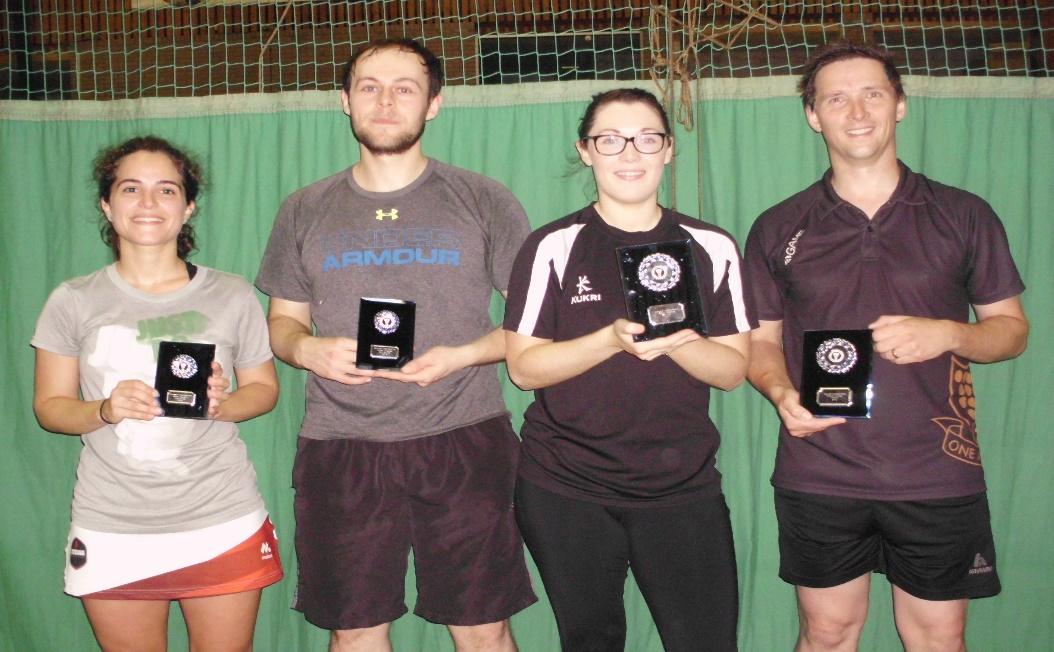 From the right mixed doubles champions James Whetter and Jo Philp with runners up Ross Lashbrook and Isabel Victoria Martinez
The last event of the weekend was the men’s doubles, where the Dyer brothers, Jack and Elliot did well to reach the semi-finals and came up against the Launceston/Saltash pairing of Ross Lashbrook and Richard Townsend the defending champions who proved too powerful and experienced in the end. St Austell’s Guy Michell and James Whetter had reached the final comfortably but proved no match for Ross and Richard, who won in two ends of accurate smashing and quick retrieval to defend their title.

In the plate events, Sean Havis from Penryn capped off a good weekend with a hat-trick of victories in the singles, doubles and mixed, with his partners Tony Wong from Penzance and fellow student Amy Cox. The women’s singles plate final was contested by two 14 year olds from Truro – Melissa Lin and Mollie Bailey with Melissa winning in the end. 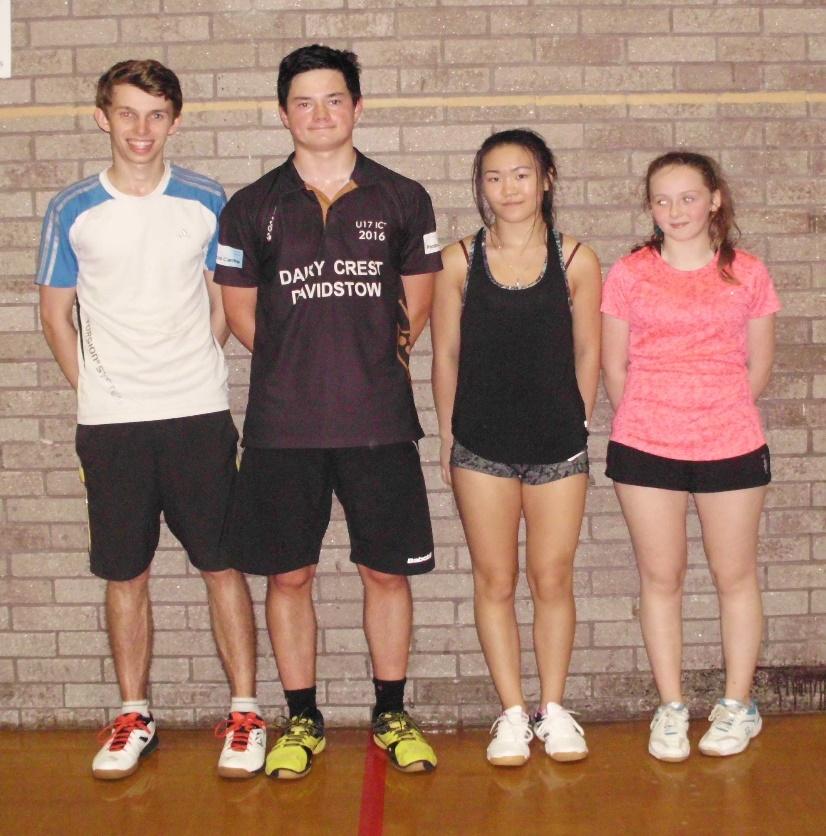 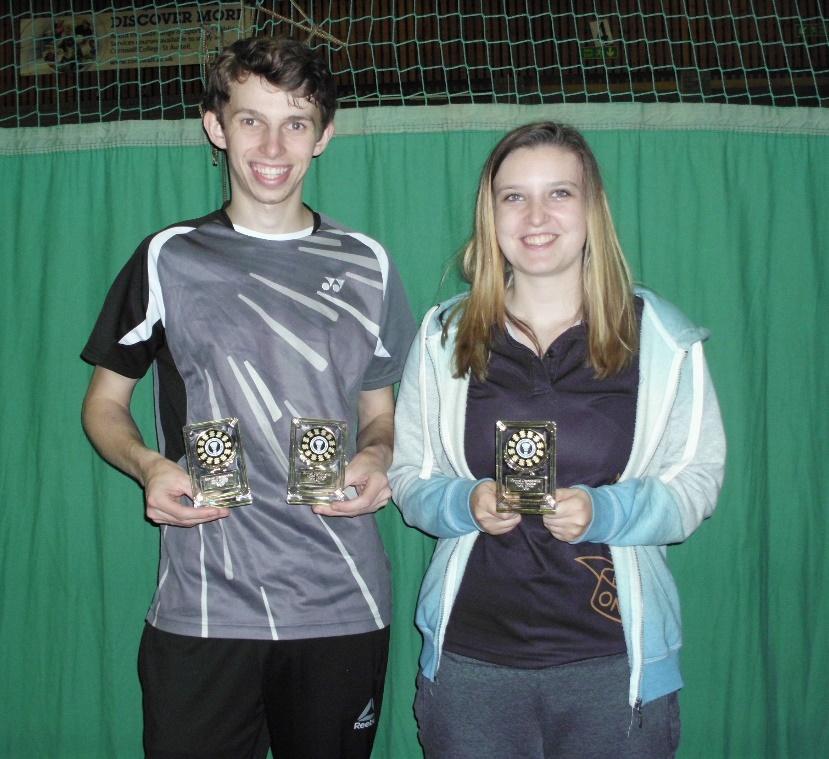 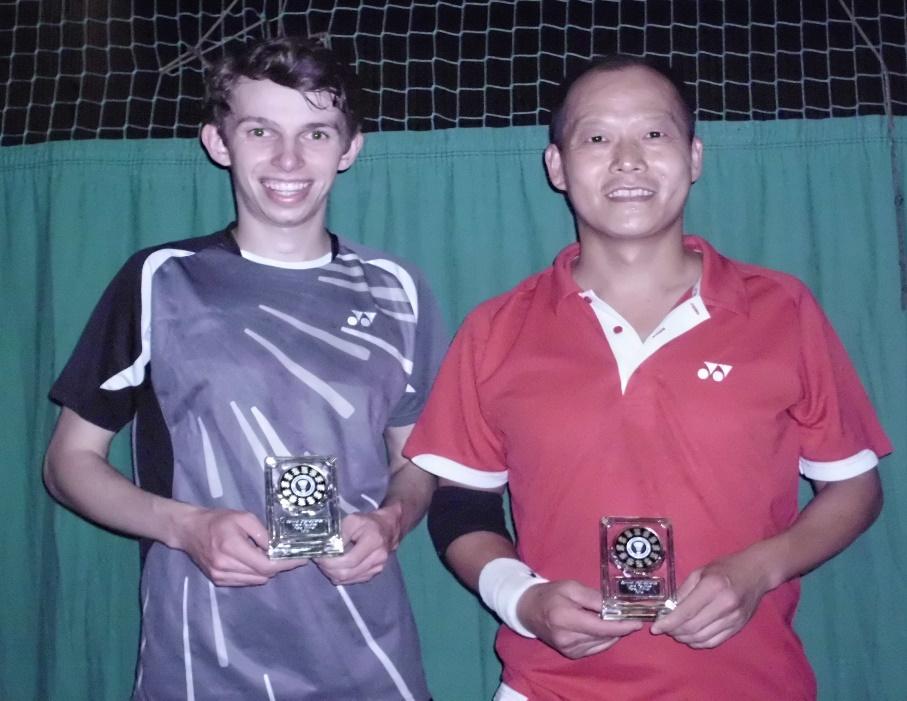 A fine weekend of matchplay with some new plus some defending champions and a promising mix of youth and experience bodes well for the new season for Cornwall’s badminton.

Posted by Cornwall Badminton at 18:54