The Vets Tournament is back!

Last weekend, badminton players joined together to partake in a closely fought badminton tournament hosted at Cornwall College, Pool. The veteran handicap tournament saw players across the county go head to head in this annual event, which after the turmoil of the last two years, was wonderful to see happen again. 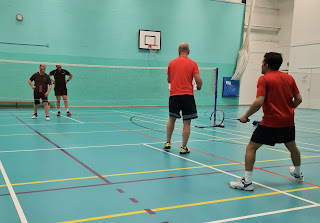 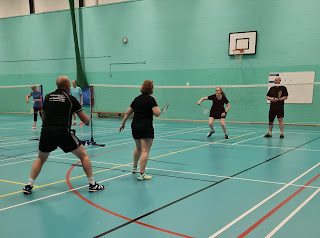 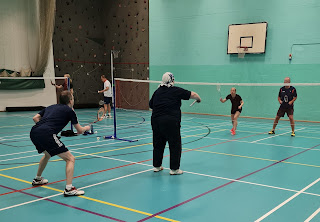 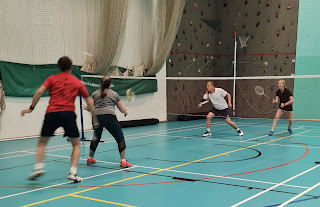 The eventual winners in action 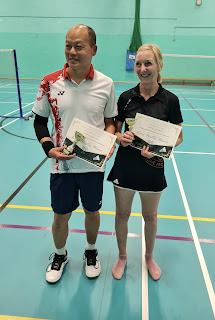 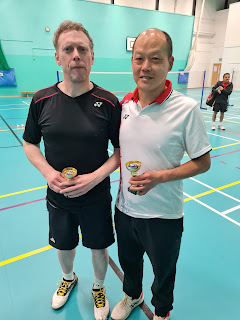 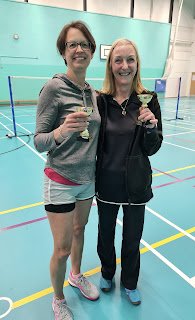 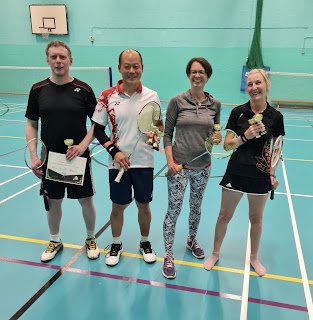 The event finished with all players enjoying crème eggs for their efforts in the games, presented by tournament organiser Helen Pennells. A big thank you to all those who supported the event; it was great to see so many friendly faces and watch some fantastic games. 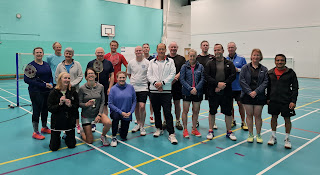 All the competitors
Posted by Sue Biscoe at 18:20