The last, delayed, match of the s﻿eason

Cornwall’s top team had to travel to Wellington in Somerset to play a rearranged match against West Glamorgan at the weekend, after Welsh covid rules had prevented the team playing on Badminton England’s earlier set weekends. 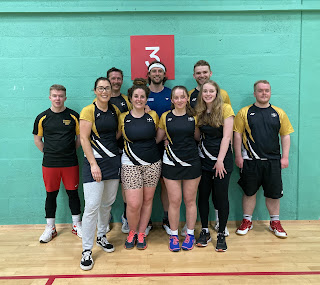 Both teams had to call on other players because of absences due to holidays, injuries  or illness, and West Glamorgan had already conceded three games before the match began, with a shortage of women competitors due to last minute covid issues.

Cornwall were keen to gain at least one point to make sure that relegation was avoided, and ended up with a fine 8-3 win which shot them up the table to finish in third place in the final standings. 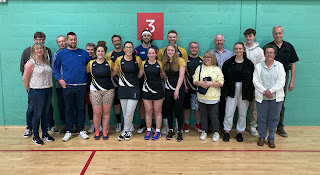 The 3 men’s singles were a mixed bag for the Cornish players with Milo Semonin just losing out to a talented opponent, before Tyler Sillifant made a welcome return to the team with an excellent win in two, showing all his old speed and skill around the court. Younger brother Luke Sillifant, making his debut, fought valiantly but came up against a tough Welsh player, and he lost in two.

With West Glamorgan conceding both women’s singles and one doubles, it was all to play for for Cara Collins and Mollie Bailey, and they didn’t disappoint. A nail-biting three ender was won by the Cornish girls in a great display of women’s doubles. 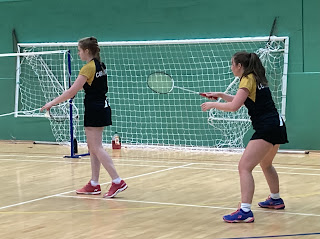 Cara and Mollie show their class

The men’s doubles were even more exciting for the large group of travelling loyal supporters, as two new Cornish pairings took to the courts. Milo and James Whetter put on a stunning exhibition of attacking doubles and triumphed in three ends against a very good Welsh pair. 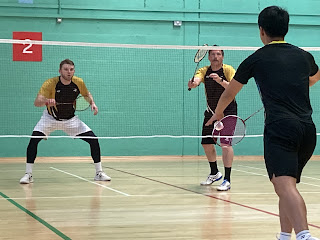 Luke and Guy Michell were not to be outdone and they cruised to win the first end, then lost the second, and just won an extremely close third to great excitement all round. 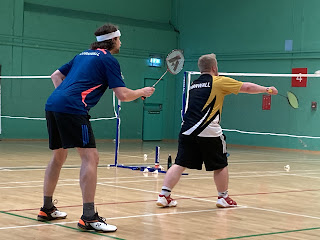 The match ended with the two mixed games - Milo and Bronwen Wotton battled hard but came up just short to a talented pair, and James and Jo Spooner finished the match off in style with a comfortable victory in two ends. 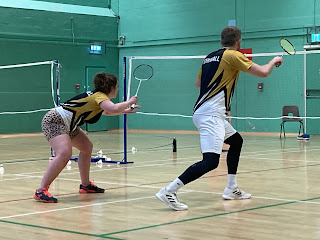 Bron and Milo battle on 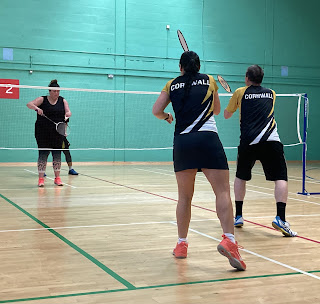 Jo and James storming to victory

This fine result means that Cornwall finish in a very creditable third place and have every reason to look forward to next season with confidence.