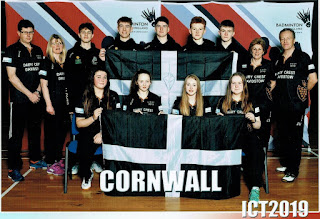 The Cornwall Under 18 Badminton Team consisting of 9 players travelled on Sunday 14th April to compete at the National Inter Counties Tournament held at Nottingham University over 4 days. The event is now in its 54th year and brought 32 County Teams from across England and Ireland together for 4 days of National and International standard competition. 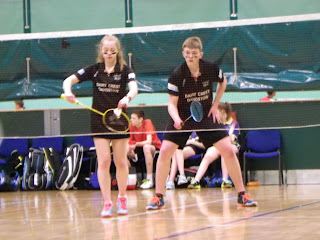 Day One saw matches against Norfolk, Essex and Middlesex. Each match consists of 10 games. Norfolk saw a 5/5 draw with Cornwall losing on a count back score by one end, even having achieved a far higher overall points tally. Essex was a 8/2 defeat but a notable win for Harry Dyer at no1 Singles. Middlesex was a resounding 8/2 victory for the Duchy. 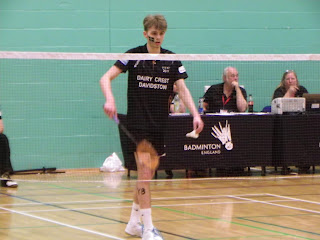 Day Two resulted in the Team getting into a fantastic winning streak with each player performing either at their peak or beyond. Wins against Northumberland 6/4, Cumbria 8/2 and Gloucestershire 5/5 win on a count back score. Cornwall winning their Group and moving into the 17/20 Final positioning Group over the final 2 days.

Day Three was a roller coaster of emotions with breathtaking badminton on display by our players. Cara Collins and Harry Dyer led the way taking their respective number One singles matches. Cheshire was a first ever victory for the Duchy 6/4. Lincolnshire was so so close going to 5/5 and losing on a count back by one end ,again having a far higher overall points tally. 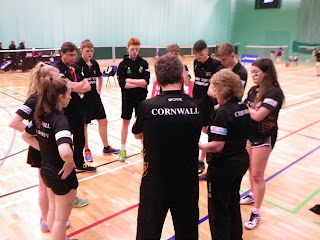 Day Four was the final match to decide the Teams final overall position. On came Nottinghamshire led by their England International Coach and talented Team. The Cornish match of the Tournament pitted Cara, who two weeks previously had become the first ever Cornish Junior Player to compete in a final of a National Championships, where she achieved England National Under 17 Mixed Doubles Silver, against an England International. What a match to behold !! Breathtaking rallies, the match going down to a third end of high emotion both on and off court for each player and team. Cara held her nerve and at 14/14 took the final point with an exquisitely executed long punishing rally 15/14.

Cornwall taking a 7/3 win. Only the second time ever that a Cornish Team has defeated Nottinghamshire. Each player was outstanding throughout a very long match which ran an hour over schedule. Final Cornish Team position 17.Only surpassed by the 2015 Team with a 16 finish. An incredible achievement with only 9 players (a full Team consists of 10) and having one boy injured for the first 4 matches. The Team ethic was outstanding both on and off court. 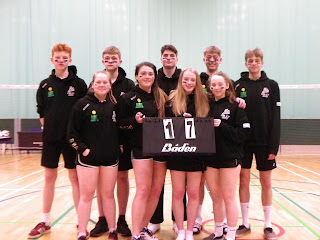 We wish to thank our main sponsors Dairy Crest Davidstow and Probus Surgical Centre,for their continued support. Thanks to Truro and Penwith College for use of their minibus and the 20 parents and siblings who attended the event and were both seen and heard throughout each match.