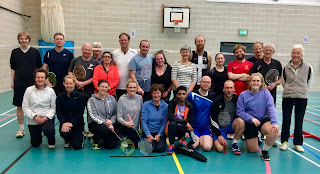 The teams all played each other in matches made up of men’s and women’s doubles plus two mixed doubles games. Following some hard-fought matches in the league format, the second and third placed teams had play-offs against each other, with Ozzell Smashers narrowly defeating their local rivals St Austell Bay by only three points to win second place overall, and then the Choughs team had a comfortable victory over the young Penair team for third. 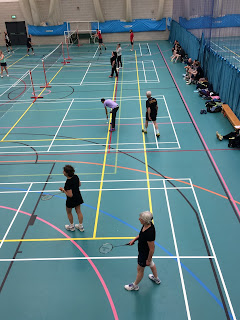 Team in action in Truro

The final featured the top two teams, Truro and Tecans Angels, and was an exciting, close affair between two experienced teams. Truro took the women’s doubles after a tight two ends, and then just edged the men’s despite losing the first end. The two mixed doubles that followed were both enthralling games, with honours even in the first mixed, before Truro won the second mixed after a very close first end then a much more emphatic second, to finally give Truro victory overall by six ends to two. A fitting end to an excellent day’s badminton and a good end of season finale. 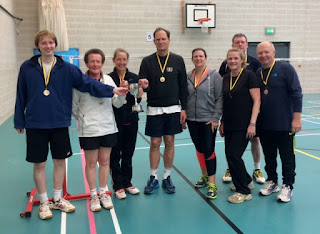