Our latest contest saw the 2nds take on Isle of Wight 1st team at Polkyth in what was hoped to be continuation of an on-form Cornish side. In order to give our side a fighting chance of promotion it was important to demonstrate depth of ability in singles, doubles and mixed. Recent contests involving Isle of Wight have been unpredictable, as they have the ability to field out a strong team, but appear to struggle to do this on a consistent basis. On this occasion however, the islanders appeared to have fielded a competent composition of players.

Kris Jasper took on a formidable challenger in the first singles, scoring our first rubber of the day. Dave Harrington’s attempt to make friends with his opposition resulted in Brian Hannibal acting as scorer for the men’s second singles, which Dave comfortably won in straight games. The ladies saw Hester Luke maintain consistent form, winning in two ends, whilst new recruit Beth Wotton eventually lost out in two tight games. After singles, Cornwall – 3 Isle of Wight - 1

In one of our strongest events, men’s doubles saw our team notch up another four rubbers. Against the first pairing, veterans Kahoo Tse & Anthony Clark took a mid-game snooze, losing the second end only to take the third comfortably and beating the second pairing with little resistance in two ends. Richard Townsend & Dave remained focused winning both doubles in straight games. On the ladies side, Laura Harper & Lynda Beer struggled against an experienced first pairing but redeemed themselves against the second pairing. In our second partnership Hester & Beth displayed a composed performance, having been taken against both pairings to three sets but coming out on top in fine style. After doubles, Cornwall – 10 Isle of Wight - 2

With all three points secured and mixed doubles still to come, Cornwall 2nds were under no pressure to win their mixed but would use this as a training opportunity for tougher matches to come. Experienced pairing Kahoo & Lynda started where they finished last season, exhibiting a controlled and consistent game that produced an impressive win against their opposition. Dave & Laura complemented our first mixed, disposing a good second pairing in straight games. Isle of Wight obtained only their third rubber of the match, getting the better of Kris & Hester. Final score, Cornwall – 12 Isle of Wight - 3

With a perfect success rate of three points from three matches and no fixtures until next February, the 2nds can enjoy Christmas and New Year and have plenty of time to burn off those Christmas calories before our next competition. 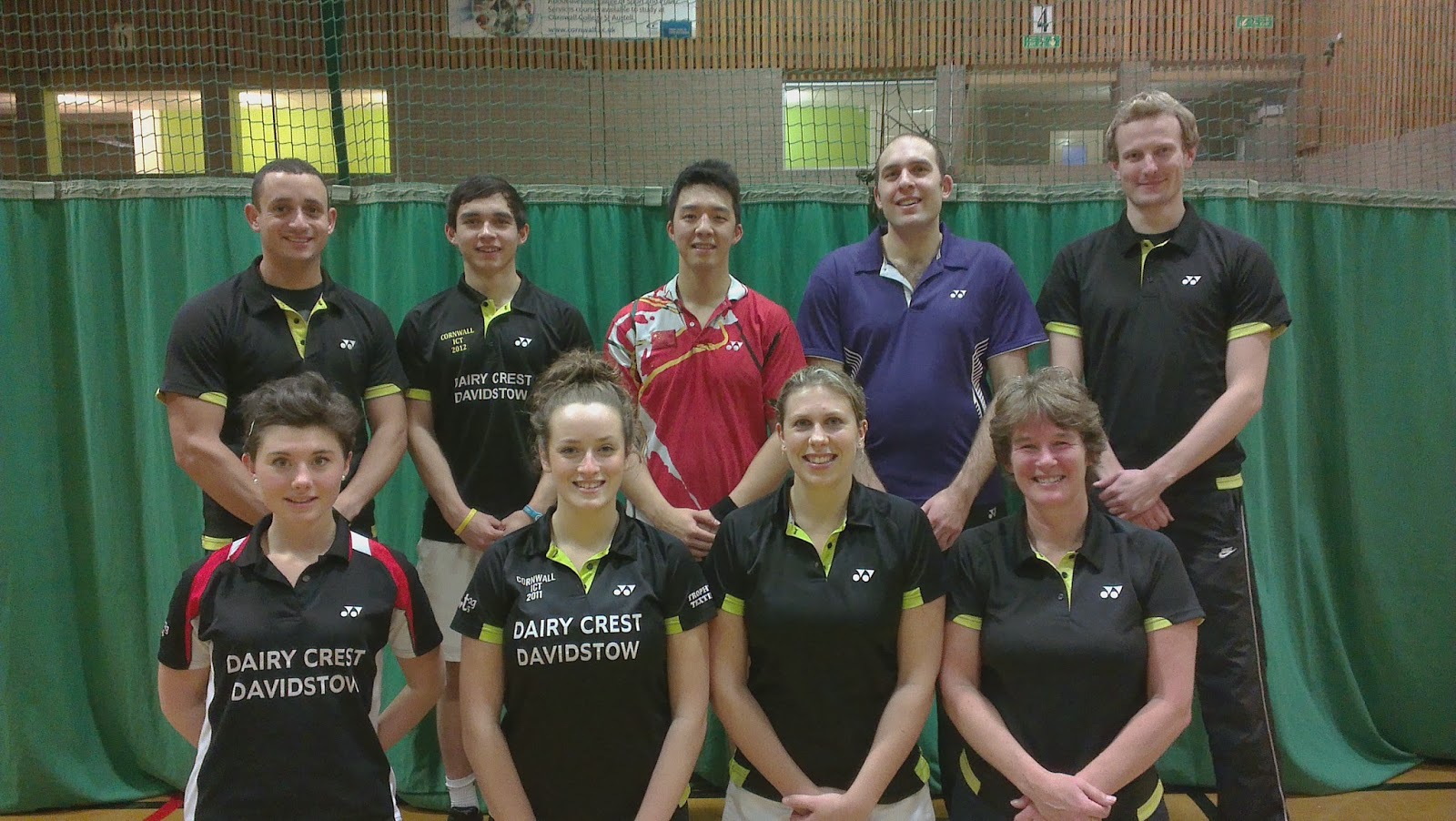