Over 80 badminton players from all over Cornwall joined our visitors from Devon and Gloucestershire, at Carn Brea Leisure Centre at the weekend to take part in Cornwall Badminton Association’s Bonanza. 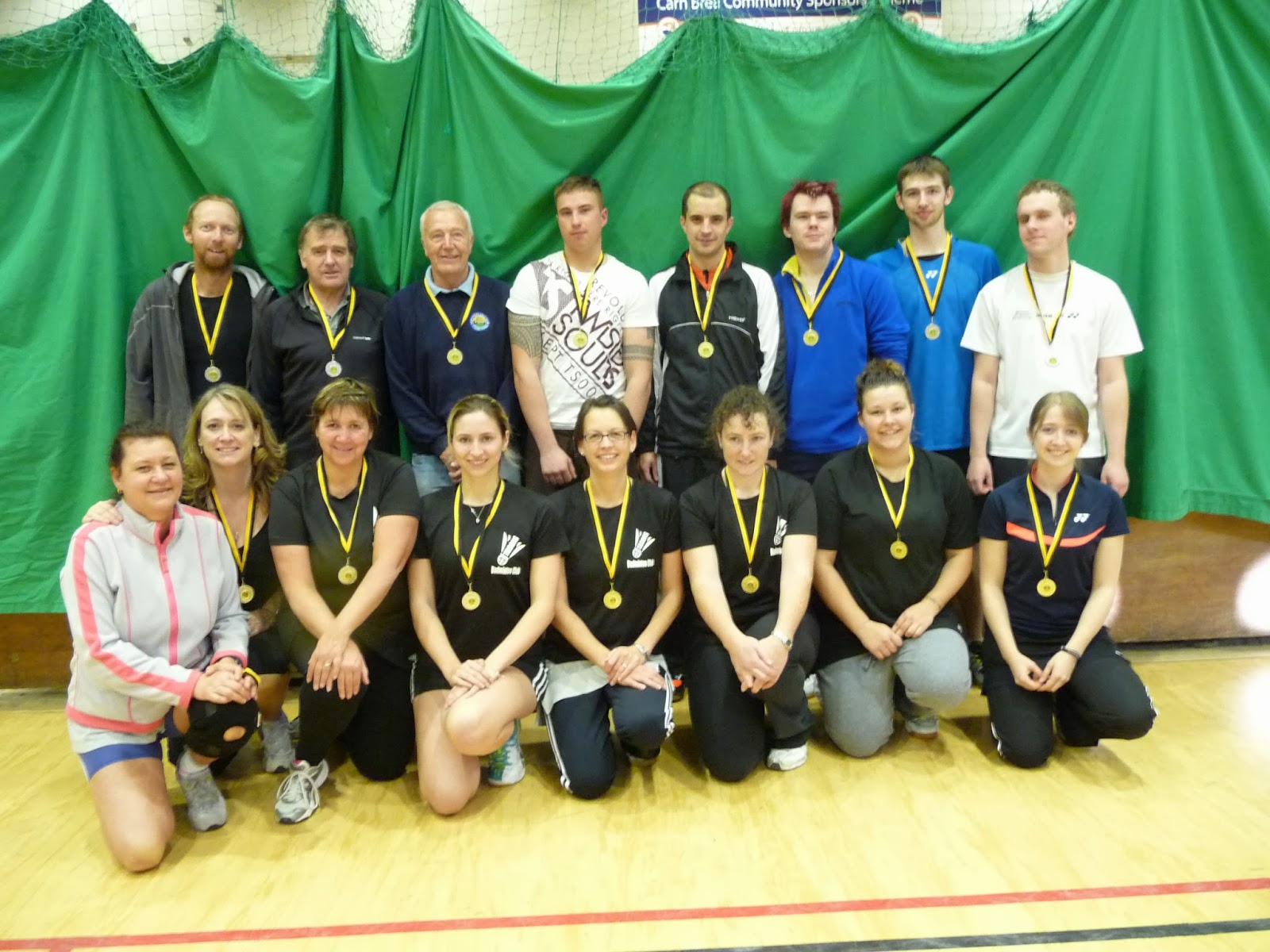 
This year’s tournament at the Pool centre was another great success, and many thanks go to the Carn Brea staff who came to the rescue when our original venue, the new Truro School sports hall  cancelled at the eleventh hour. The visiting Gloucestershire players proved hard to beat in the league section, winning the men’s singles, doubles and mixed doubles, although the Cornish girls were too strong in the ladies singles and doubles and they won through in these finals.


The social section again gave the chance for the local players to shine, and they triumphed in the men’s singles, men’s doubles and mixed doubles, with the ladies singles and doubles just going to the Gloucestershire girls, before their long trip home.


Runners up – James Newman and Julie Norbury
Posted by Unknown at 21:45