For the second time in three seasons Truro and Penwith College Badminton Team have claimed the National Team Title. The Team which consists of a full compliment of 8 Junior and Senior County Players have travelled far and wide over the last six months competing against top class opposition. 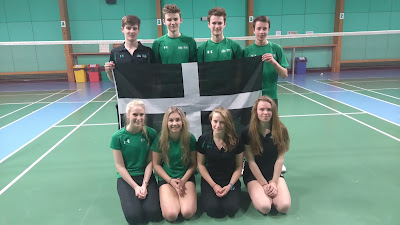 This  success has resulted in the College achieving its most successful season ever at the National Level, following on from their Top girls pairing of Amy Polglase and Kellen Moore winning the first ever Individual College title in the doubles at Newcastle two weeks ago and the Top boy Milo Semonin gaining a Silver runner up medal in the singles.
On their way to the final at High Wycombe Badminton Performance Centre(Buckinghamshire) on Tuesday 26th April the team defeated the following Teams ;
Cornwall College
Exeter College
Peter Symonds College (Hampshire)
Cirencester College (Gloucestershire)
Farnborough College (Hampshire)


Runshaw College (Lancashire) were their opponents at High Wycombe. Runshaw boasting a strong group of boys two of whom compete at the very top level on the National circuit. Both Lancashire County players and one of whom has represented England at U17 Level.
Tactical decisions on Team selection were of paramount importance and the “Cornish” players responded in resounding style.
The girls leading the way taking both singles and the boys  accumulating a good points total. In the doubles the girls again led the way with 2 great wins and the boys running the no1 pair, which included their opponents top two players, so close with a narrow 21-19 21-18 loss. However the no2 boys pairing stormed to a fantastic 21-6 win and then a close 21-16 win in the second end.
Five games to three to “Cornwall” going into the mixed.  The experience of the last two pairings shone through in both mixed doubles with straight sets wins after their opponents put up cracking first end games. 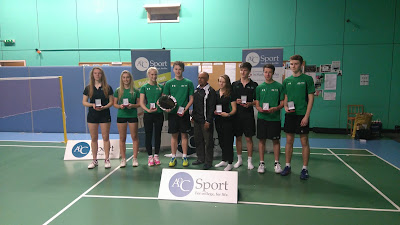 Thanks must go to the continued support that Truro and Penwith College Sports Academy provide to their Badminton Academy and commitment to ensuring all fixtures are honoured no matter what the distance across the Country.
Posted by Cornwall Badminton at 17:37