Cornwall Badminton 1st team off to a flying start

Cornwall – 11,  Avon – 4
A wet and windy day outside saw Cornwall’s top badminton players start their season with a fine win over the travelling Avon team, at Polkyth Leisure Centre at the weekend.
It was advantage Cornwall right from the start, as Avon came with only two ladies, giving the home team a 3-0 boost before a shuttle was hit.
But the Cornish single players didn’t need any extra help as all 4 stormed to victories in impressive style, with new County champions Shane Maton and Rose Willis seeing off their opponents, quickly followed by James Whetter and Jo Philp with equal power and precision.
The Avon doubles teams set about fighting back, and the solo ladies pair were victorious against both of our women’s pairs, although Jo and Rose were desperately unlucky to lose their game after 3 exciting ends, and a final questionable line call. Emily James and Vicki Thomas came up against a determined pair who gave no quarter in 2 ends.
The mens results were split down the middle, both teams winning 2 games, with only one going the full distance, when James and Guy Michell, the experienced duo just losing out in a close fought battle. The newer pairing of Shane and Ross Lashbrook had looked good against the top Avon men, but struggled more against the second pair.
So the match was already won going into the mixed, but at least another game was needed for maximum points, and James and Jo duly obliged, but not before a slight scare in the second end at 12-18 down, before finally seeing off the Avon opponents 22-20.  Shane and Vicki followed this up with the last victory of the day, going to 3 ends but winning in fine style in the third as they outran and outsmashed the tiring Avon pair.
Cornwall team – 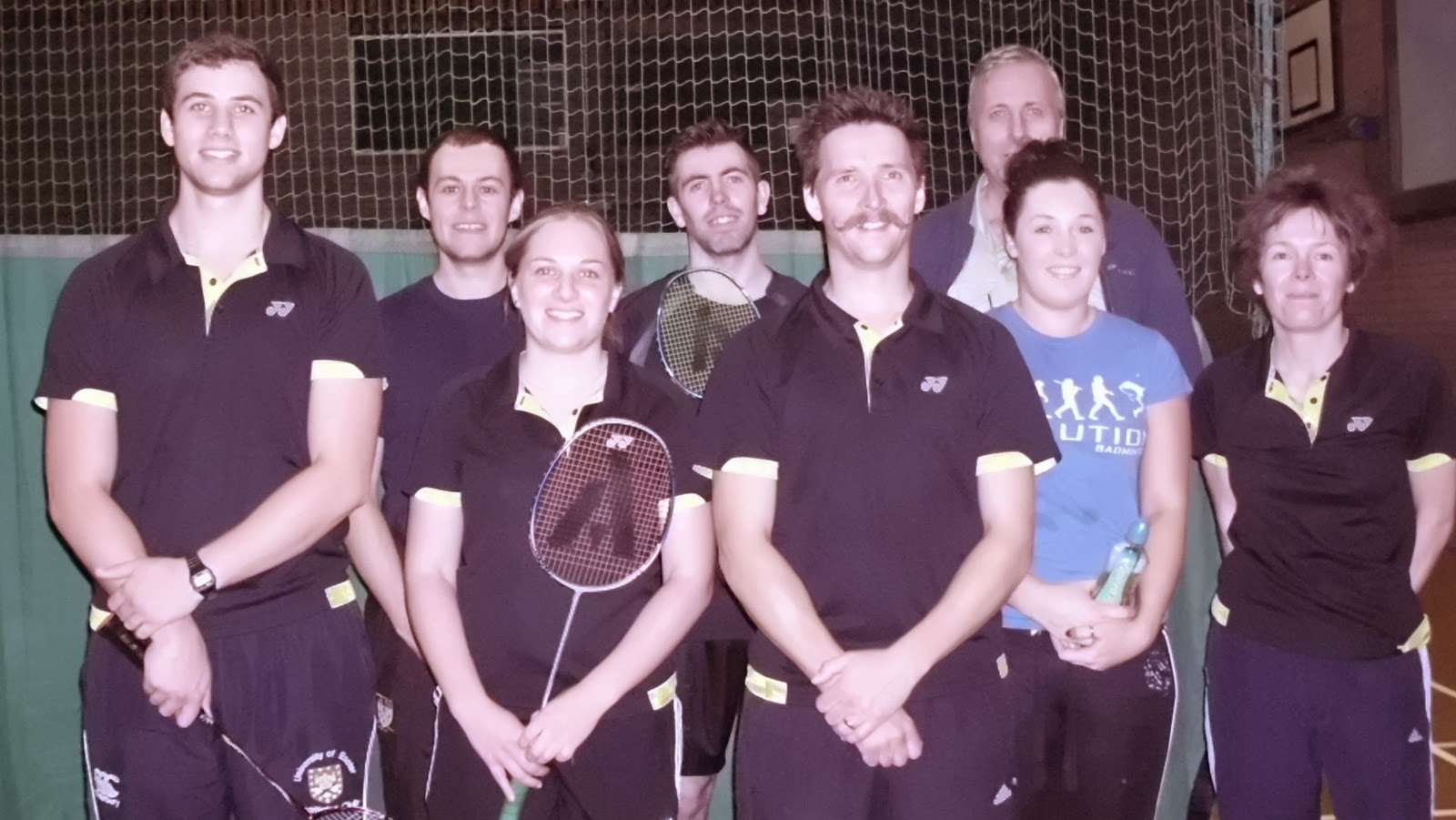