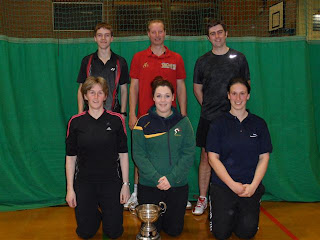 were all set, and for the few spectators that attended, put on a display of excellent badminton.


The Mounts Bay ladies won their 3 disciplines with excellent play, but the Camelford Men set their stall out early and a victory for the two Rob’s was the start of a winning pattern and whilst the Mounts Bay men put up a resilient fight taking the 3rd match to three ends, Camelford edged to a Men’s victory.

Congratulations to both Teams, on a well played match, played in the great spirit of the game we all love. 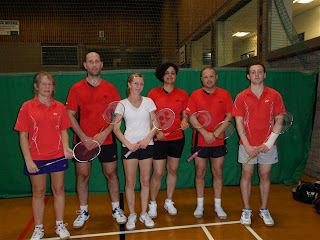 Posted by Cornwall Badminton at 15:44