The College provided their fantastic new 6 court hall and opened all their amenities for the day. Cornwall Youth Badminton's sponsors “Dairy Crest Davidstow” provided their continued support through prize donations and publicity at the event.
A total of 54 players travelled from across Cornwall, Devon ,Somerset and Yorkshire to compete for medals.

There was a great entry of 12 players from the local College Penryn Saracens Club, and Local Clubs at Mounts Bay and First Edition also ensured a good turn out of Cornish talent. A full entry from the County U13 squad and a good number of County U11 players pitted their skills against their out of County opponents. Particular great performances from Kellan Moore Cornwall U13s rising star who defeated a nationally higher ranked player from Yorkshire in the singles final and with her club team mate Amy Polglase took a second gold medal winning the girls doubles final.

Mrs Ros Bastian, Assitant Headteacher, and Director of Community Sport at Penryn opened the event and presented medals to players during the course of the tournament. 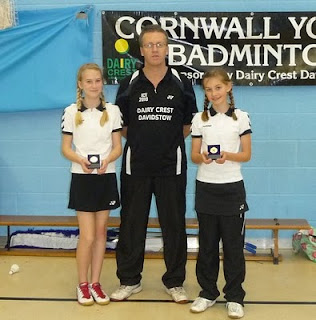 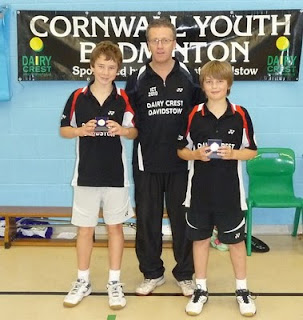 It is intended to ensure this tournament now remains a permanent fixture within the Badminton England Calender.
Posted by Cornwall Badminton at 10:44