In the boys doubles Kris & Christian Jasper were the only Cornish pair to come through their box. They won their next match 24-22 only to be knocked out in the semi-final by the eventual winners.

In the singles all 10 players won at least one game in the group stages. Kris Jasper and Sam Spencer both won their boxes comfortably. Kris lost in the last 16 to a player from Middlesex 21-17. Sam made it to the quarter finals where he came from 15-19 down to win 21-19 to beat a Staffordshire player. In the semis he went down to the Wiltshire number 1 in a fantastic game 21-19.

Then followed the long trip home.

Well done to Sam, Kris & Christian and all the players who took part. 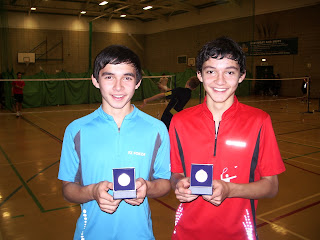 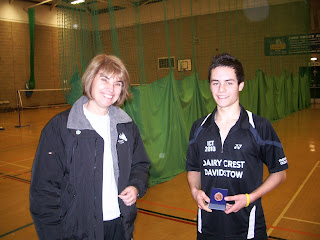